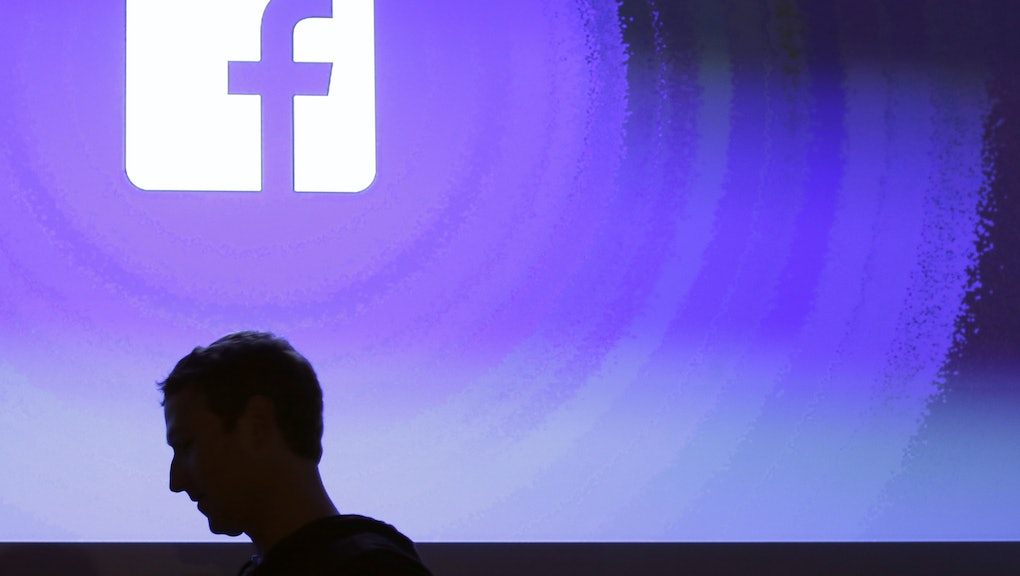 Facebook, it turns out, is one big, dynamic metaphor for gender inequality around the world. But it’s also a tool scientists can use to understand the very phenomenon of women still struggling to live like men.

In this post-Cambridge Analytica world, we know that Facebook rakes in unfathomable amounts of data and makes insights about how its over 2 billion active users live their day-to-day lives. Generally speaking, that information is used to help advertisers target audiences — but it can also be used for more sinister purposes, like, say, aiding presidential campaigns without the knowledge of Facebook users.

Researchers, however, used that data to examine the “gender divide” — which is basically how many women use Facebook in a singular country versus how many men. Their analysis came up with two interesting takeaways: First of all, nations with a lower Facebook gender divide tended to have less economic inequality between men and women. Secondly, Facebook may actually help countries close that economic gender gap.

“It’s not only that it reflects gender inequality in our world, but it’s that Facebook helps people approach gender equality,” David Garcia Becerra, the study’s first author, said on the phone from Vienna. “In countries where women have less income, greater unemployment and less access to education or political power, they tend to be less active on Facebook.”

So, “if social media is supposed to be a great equalizer, there’s still a long way to go,” he added.

According to the study’s interactive map, countries with the greatest Facebook gender divide tended to be African countries like Chad, Niger and South Sudan, as well as Middle Eastern nations such as Iraq, Saudi Arabia, Yemen, Oman and Afghanistan. Some parts of southwest Asia, like India, Pakistan and Bangladesh, also had very high divides.

The United States had more women users than men users overall, but that doesn’t mean economic gender inequality isn’t an issue. Widespread pay disparities and the lack of women in senior positions certainly points to a society that has a long way to go — and Facebook itself is made up of mostly male employees. Nevertheless, women in other parts of the world face much more severe economic struggles.

In such places, Facebook actually appears to help women find work. “In countries with higher gender inequality, it’s hard for women to find jobs and go out and apply to a company,” Garcia said. “[Facebook] is helping women to find employment in places where there’s barriers in the real market.”

The study is also perhaps further proof that data collected from Facebook can be used to help scientists understand pressing global issues. In the future, researchers could use the Facebook gender divide as stand-in data for countries where gender inequality-related research is thin or nonexistent — Facebook data has the potential to fill in gaps of knowledge.

“I encourage Facebook to keep providing this data to research,” Garcia said. “Not everyone is Cambridge Analytica. It can be used for social good.”