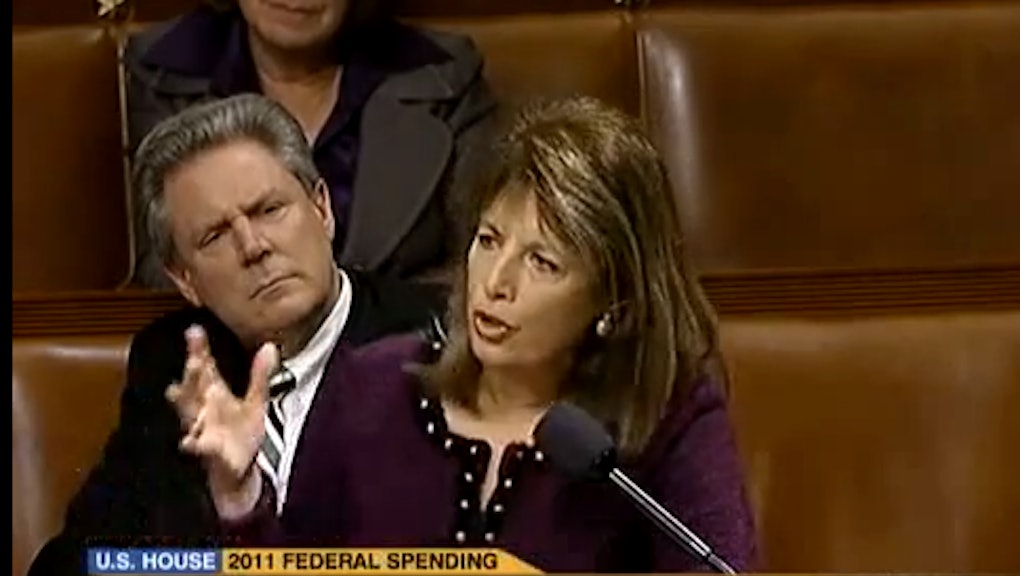 Conservative politicians go out of their way to paint women who need abortions as a select irresponsible or reckless few to serve their own agendas, but that couldn't be further from the truth. One in three women will need an abortion at some point in their lifetime, and they certainly don't all do it for the same reason.

Thankfully, some women are fighting back. Back in 2011, when Republicans threatened to shutdown the government (sound familiar?) over Planned Parenthood funding, California Congresswoman Jackie Speier took the floor directly after a male congressman disgraced women who have abortions. Her speech was so bold and personal, it left the entire chamber speechless.

If there's one thing that Congresswoman Speier made clear, it's that restricting a woman's right to a medical procedure, or making it virtually impossible for her to access it, directly impedes her health.

That message is just as relevant today as it was back in 2011, and Republican men need to hear it now more than ever. After a federal court ruled in their favor, Texas Republicans have gone forward and rammed one of the most extreme anti-abortion bills in America into law. It forces any abortion clinic that doesn't have admission privileges to a nearby hospital to stop providing its services to women. But, since most hospitals can't make these agreements, this is really just an under-handed way for Republicans to shut down one third of Texas' abortion clinics. While medical experts at the American Congress of Obstetricians and Gynecologists fervently oppose this law, Republicans stubbornly insist their law is good for women.

Limiting access to abortion in the name of 'women's health' is a disgraceful and manipulative way of pushing a radically conservative agenda. Politicians need to stop playing doctor and own up to the fact their anti-choice policies harm women.

Only once we share the stories of the bold voices fighting back, will we get rid of the stigma surrounding women who need and get abortions.

You'll Never Guess Who The Media Decided is Fat Now