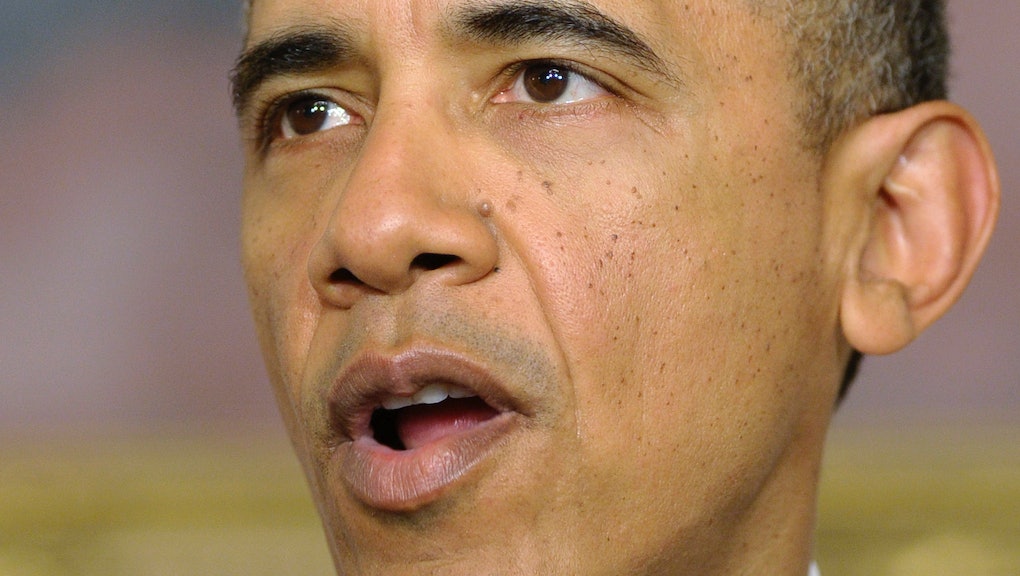 The news: President Barack Obama now has a lower job approval rating than Toronto Mayor Rob Ford. Yes, crack-smoking Rob “I’ve got more than enough to eat at home” Ford now has greater support among his constituents than the president of the United States has among his own.

According to a CBS poll from November 20, Obama’s approval rating has sunk to just 37%, the lowest ever in CBS polls. Meanwhile, Ford enjoys a comparatively lofty approval rating of 42%.

The backstory: Most of Obama’s recent dip in the polls can be attributed to the plummeting approval for the Affordable Care Act. The same CBS poll that found Obama at 37% cites support for the ACA at a paltry 31%. The troubled rollout of Obamacare – to which the president has tied much of his legacy – is dragging him down, prompting the 57% disapproval rating. Since October, when the ACA launched, Obama has seen a 9% drop in approval.

Meanwhile, Rob Ford’s current approval ratings are actually higher than they were before he admitted to smoking crack. Before the crack scandal, Ford was sitting at 39% (close to Obama’s ratings now), and though he’s dropped 2% in two weeks, Ford still finds himself above 40%.

Why this matters: In reality, it’s kind of silly to compare Obama and Ford’s numbers. Their approval ratings are for two wildly different jobs, and taken among vastly different constituent bodies. Plus, the driving issues behind each right now couldn’t be more different – Obama’s is based on technical policy issues with a real consequence for his constituents, while the focus on Ford has to do with what he does during his “drunken stupors.” Though, apparently, Ford isn’t doing so well on real policy matters, either.

But the comparison between Obama and Ford’s numbers does provide a striking snapshot of just how troubled these recent weeks have been for the president. Passage of the Affordable Care Act was one of the hallmarks of Obama’s first term, and now its botched launch is threatening to become the defining moment of his second term. Obama is the captain, and if the ACA ship goes down, he’s going down with it. As trivial as it is, maybe there’s something behind Obama’s place on GQ’s least influential list. Even Congressional Democrats are trying to distance themselves from the president.

Obama really needed a win, and he may have just got one. But if that doesn’t boost his approval ratings, there’s always taking a page from Rob Ford’s playbook.