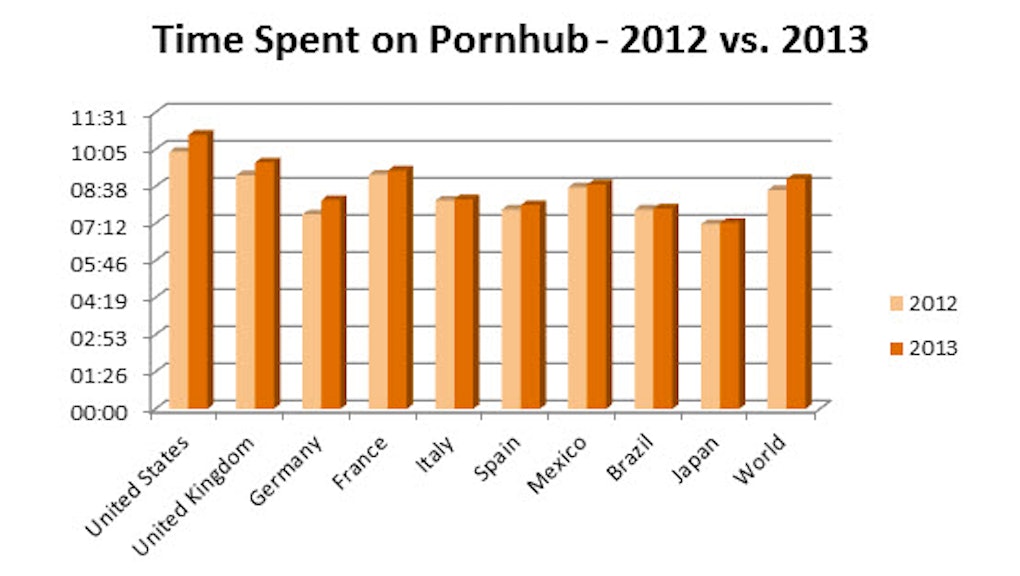 The U.S. takes the crown in duration of visit, with an average over 10 and a half minutes, up 39 seconds from last year. Honestly, I'm not sure if we should be proud or ashamed, so let's just move on.

Viewers in cities with lower average incomes spent longer on the site per visit, and clicked more pages during each visit than viewers in high-income cities. But when looking at pageviews per capita, high-income cities dominated.

Or maybe they just need something to distract them from their less affluent lives.

5. And a Favorite Month, Too