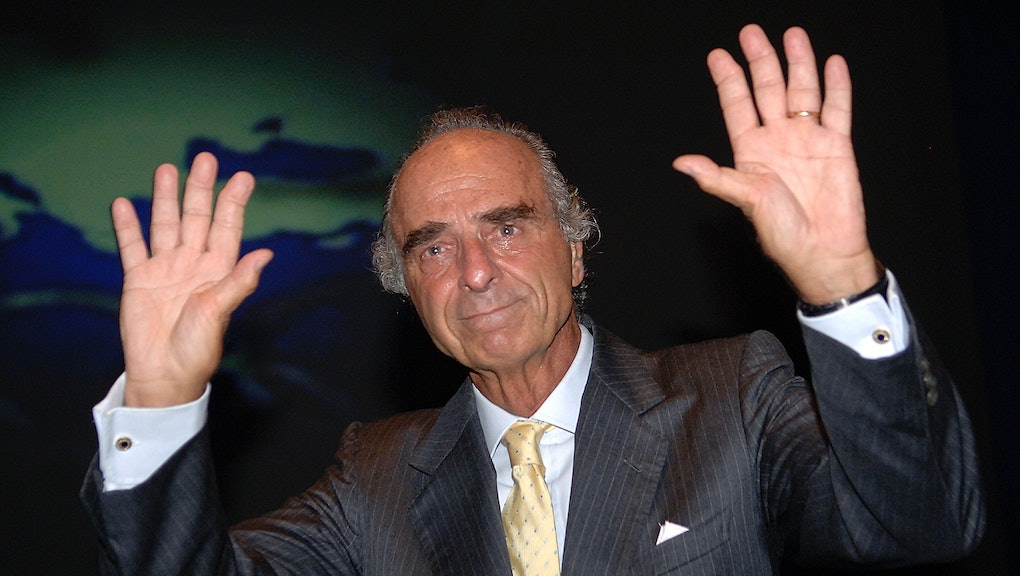 Unbelievable: Here's What An Olympic Official Said About the Gay U.S. Athletes

“It’s absurd that a country like [the United States] sends four lesbians to Russia just to demonstrate that in their country gay rights have [been established] … The games should not be an occasion and a stage to promote rights that sports support daily.”

That’s what an Italian member of the International Olympic Committee said Wednesday, January 14, about the United States delegation to the Sochi Winter Olympic games. Mario Pescante, who is head of the IOC’s International Relations Committee, doesn’t believe the Olympics are any time for politics. It’s “absurd” for the U.S. to send a message to Russia that it strongly believes in basic human rights for all people. Right.

The backstory: LGBT rights are a big deal at the Olympics this year precisely because it seems that Russia doesn’t believe in basic rights for everyone. The U.S. wants to make it clear that it does, and that its vehemently against Russia’s anti-LGBT legislation and propaganda. So the U.S. appointed an Olympics delegation featuring two prominent gay athletes: tennis legend Billie Jean King and Olympic medalist Caitlin Cahow. Short of actually boycotting the Olympics – which some argue we should – the U.S. is being as clear as it can in taking a stand against Russia’s archaic laws.

But for Pescante, the Olympics aren’t a place for political protest. “It’s enough already,” he said of countries using the Olympic stage to stand up for a cause.

But an international stage being watching by millions of people worldwide is exactly the time and place to send a message. If the U.S. wants to come out strongly in support for LGBT rights, then the Olympics is a perfect opportunity.

Pescante, of course, isn’t sympathizing with Russia’s laws. He “just wanted to make the point not to let politics interfere with the Olympics.”

In what way is the U.S. delegation interfering with the games? Is the presence of gay athletes going to prevent the games from being held? No. So what’s the problem?

Pescante has his priorities confused. The Olympic games are about national pride. The U.S. is proud of its support for LGBT rights – and it has every right to show it to the world.