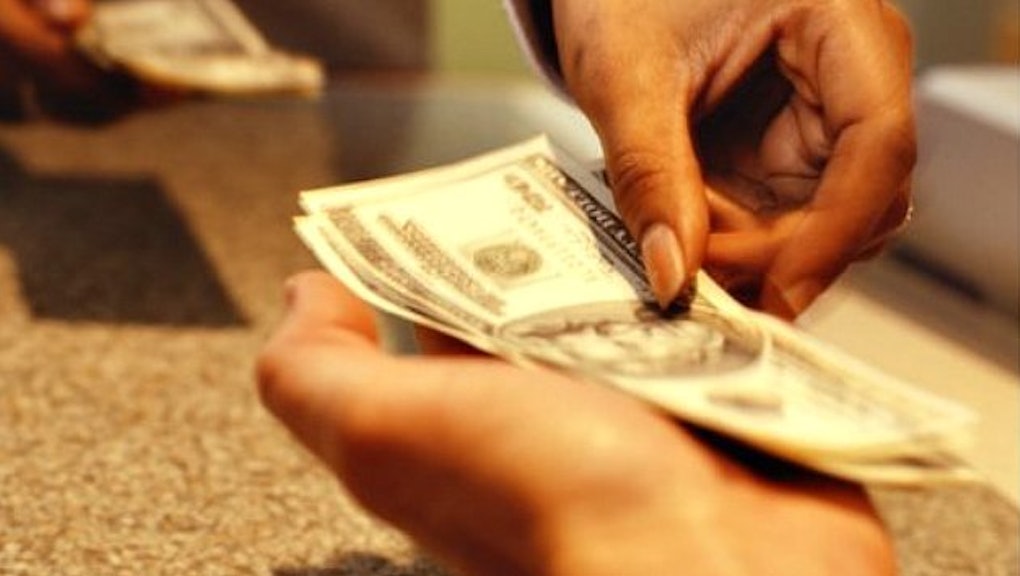 The news: According to a new report from the Corporation for Enterprise Development, almost half of American families “exist in a state of persistent financial insecurity.” So as the economy slowly begins to pick up, a large portion of Americans still find it “difficult to look beyond immediate needs and plan for a more secure future” – in other words, they’re living paycheck to paycheck.

The reason, according to the CFED, is that “there is no ‘slack’ in a family’s budget.” American households are keeping less of their money in savings. The standard measure is $5,887 for a family of four, which accounts to about three months’ worth of savings. And the CFED found that 44% of American households have less than that benchmark saved up, making them “liquid asset poor.”

Even more depressing is the breakdown by demographic. Those who fall under the “liquid asset poor” category are 59% white, and 89% are employed – yet they can’t get out of “persistent financial insecurity.” Worse, though, is that 61% of households of color qualify as “liquid asset poor.” That’s a problem.

So what can be done? The CFED report looks at that too, specifically government policies intended to relieve financial insecurity. The CFED ranked each state based on “strength of policies and outcomes for family economic security.” The top 3? Maryland, New York, and New Jersey. Mississippi came in dead last.

While the CFED looked at policy on a state-by-state basis, there’s a lot that can (and should) be done on the federal level, too. President Barack Obama seems dead set on tackling income inequality in his second term. You know where a good place to would be? Raising the minimum wage. Not only do 600 top economists think raising the national minimum wage to $10.10 is a great idea, but the majority of the American public wants it increased, too. Which makes sense, considering a majority of Americans also want the federal government to do something about income inequality in this country.

It might have something to do with the 44% that are living paycheck to paycheck. More income, more savings. Maybe Washington will actually do something about that this year.