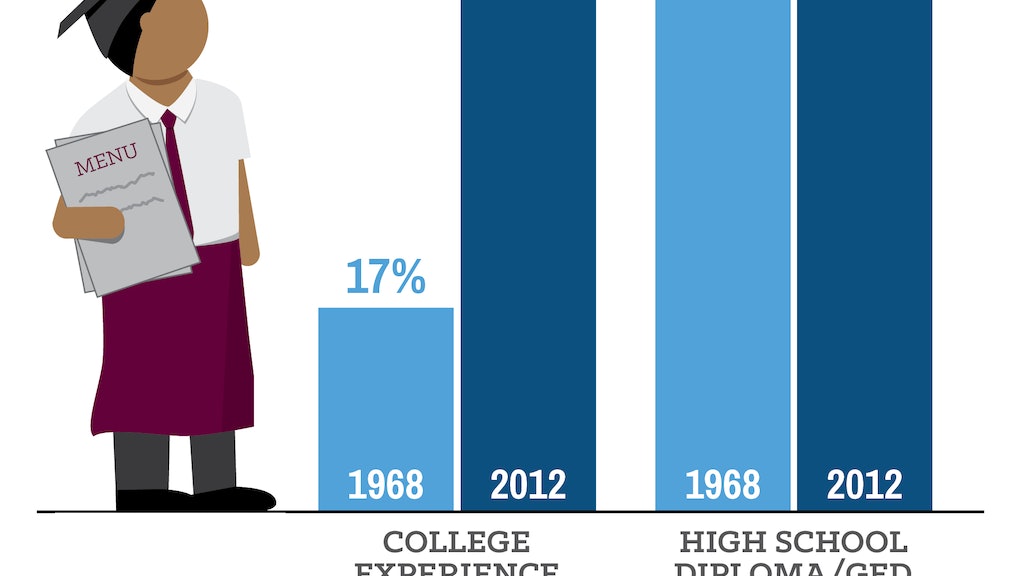 The narrative of the American Dream has long-included college as a gateway to success by boosting one's economic potential. But lately, this narrative has been turned upside down. Today, even people with college degrees are entering the low-wage work force.

And while this group is better educated than ever before, they're getting paid less. As this chart from the Economic Policy Institute (EPI) shows, the minimum wage has decreased since 1968, when adjusted for inflation, while the education level has risen. At the same time, economic productivity has more than doubled since 1968, again, all while wages have stagnated.

Simply put, the minimum wage is no longer a viable wage. It's also being given to a segment of the workforce that it was never designed for.

More Americans — even those who attended college — are living in this reality. Nearly half of American families live paycheck to paycheck. Low-wage workers struggle to afford basic amenities like food, transportation, gas and utilities on top of rent.

A minimum wage hike for all Americans is on the horizon, so it may not be long until these workers start earning back even a fraction of the cost of their educations. And for many of them, it can't come soon enough.