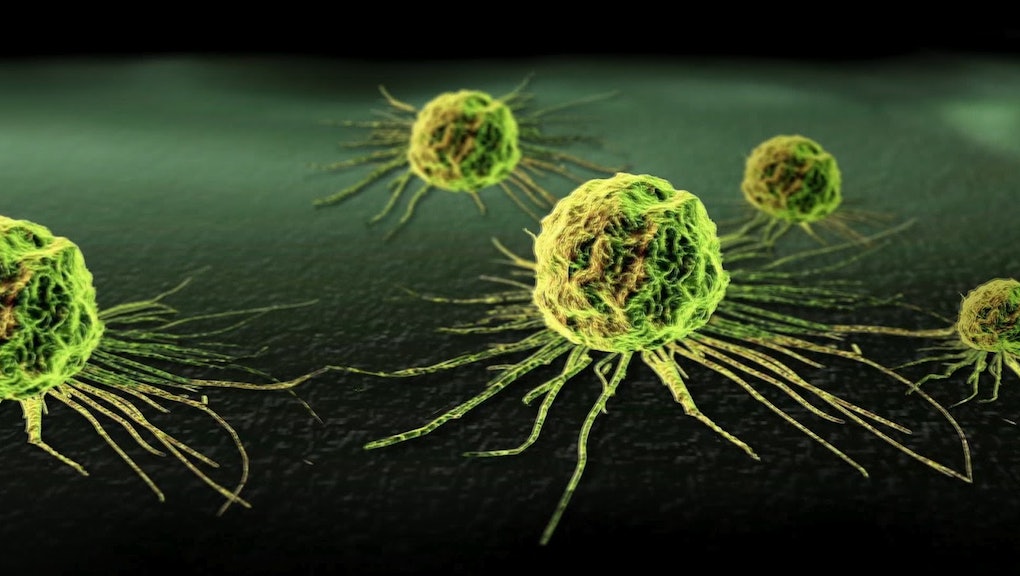 Global Cancer Rates Expected to Soar By 70% Over Next 20 Years. Here's Why.

The news: Global cancer cases are expected to rise 70% over the next two decades, according to a new report by the World Health Organization (WHO).

While many of the cancers stem from poverty and lack of access to medical resources (such as cervical cancer, which can in many cases be prevented with the HPV vaccine), there's another set of cancers expected to rise primarily in affluent countries with a higher standard of living. It turns out that increased smoking, alcohol consumption, obesity, and sedentary lifestyles just aren't good for you, and cancer is one of many ailments that ensues when people simply don't pay attention to their health.

"The rise of cancer worldwide is a major obstacle to human development and well-being," said Christopher Wild, director of the International Agency for Research on Cancer. "These new figures and projections send a strong signal that immediate action is needed to confront this human disaster, which touches every community worldwide."

Will science save us? Despite exciting advances like the development of certain proteins which could target cancer cells (with a 100% success rate in laboratory mice), you really shouldn't assume you can just keep on living unhealthily and rely on future medicine to save you.

"Despite exciting advances, the report shows that we cannot treat our way out of the cancer problem. More commitment to prevention and early detection is desperately needed in order to complement improved treatments and address the alarming rise in the cancer burden globally," says Wild.

Cancer is a leading cause of death worldwide, with 60% of the global burden and 70% of cancer deaths in Africa, Asia, and South America. While access to better treatments would greatly help combat the death rate, it's simply outside of many countries' ability to pay for all that medical expertise. And even in the developed world, it's an intense drag on the economy. The WHO estimates that the global annual cost of cancer hit $1.16 trillion in 2010.

So what will? Prevention — or rather, not getting cancer in the first place. While healthy living (decreasing your alcohol consumption, quitting smoking, not doing drugs, exercizing, and eating a healthy diet) are all crucial parts of avoiding cancer individually, the WHO report doesn't have any faith that individuals across the globe will suddenly reverse their poor habits and try to be cancer-free.

And why would they? In the developed world, it's partially our collectively poor decision-making which has led to more cancer (how many sodas have you had today?). And powerful alcohol, tobacco, and food industries aren't interested in you living a healthier lifestyle for obvious reasons.

Instead, the report suggests good old-fashioned government work. The WHO specifically advises taking action against the sugary drink industry in the same way governments have previously fought tobacco and limiting exposure to occupational and environmental pollution. But awareness campaigns, making it costlier to smoke and drink, implementing taxes on sugary drinks, co-ordinating to impose restrictions on industry (such as cigarette warning labels and advertising bans), and heavier investment in earlier detection and preventative care could all play a role in turning the tide as well.