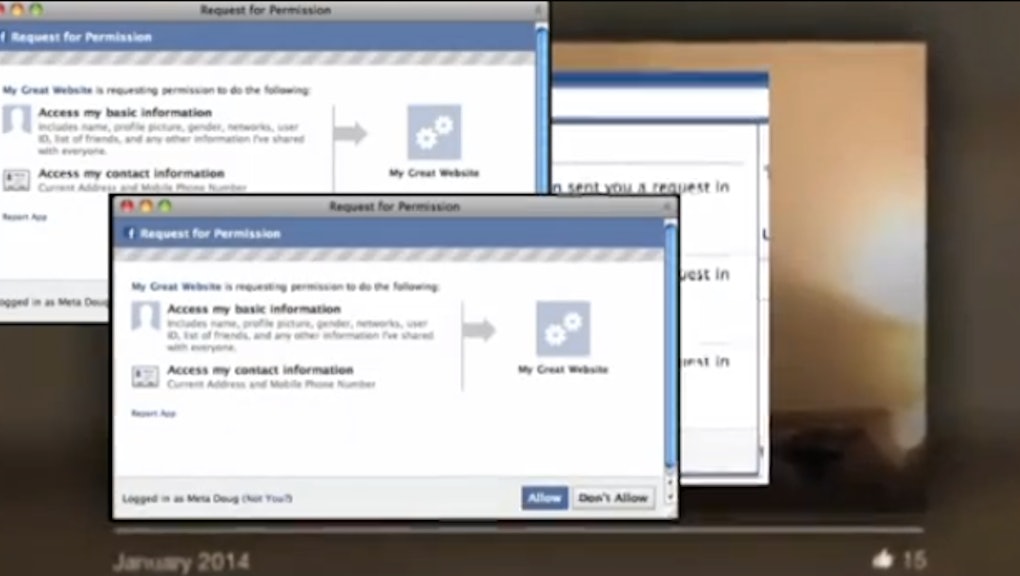 What if Facebook as a Company Had a "Look Back" Video? This is What it Would Be.

Facebook turned 10 this week, and it's been a hell of a decade. According to Pew Research Center, 57% of American adults now use Facebook, while 73% of all American 12-17-year-olds have a profile. And rumors of its imminent demise may have been greatly exaggerated.

In order to celebrate the anniversary, Facebook sent out some kinda-cheesy, kinda-awesome recap videos to each of its hundreds of millions of users highlighting their most-liked, prominent posts and photos on the site. If you have a Facebook account, you probably got a notification asking you to check yours out earlier this week. And if and when you did, you probably were the victim of a little white-washing of social media's last decade.

From YouTuber mechastewart, here's what the last 10 years of Facebook might have been best summed up if it had turned the looking glass on itself rather than your posts:

It kinda makes you think. How much spam has Facebook made you deal with? How many times has it made its privacy settings either less effective or less transparent? Just how many sponsored ads have you been forced to look at or click on? And just how much of your supposedly private data has Facebook cashed in on to advertisers and marketers?

How many things has Facebook tried to slip past your radar, like semi-surrepitiously trying to read your non-Facebook text messages?

As The Daily Dot observed, "No wonder the company decided to focus on you instead."

To be fair to Facebook, it's probably your fault for not questioning collectively giving huge amounts of your personal information to a for-profit corporation. (Full disclosure: I'm more than equally guilty of this.) And they do need to turn a profit. But the site's history is still less rosy than it's trying to get you to believe, no matter how cute your 10-year video was.