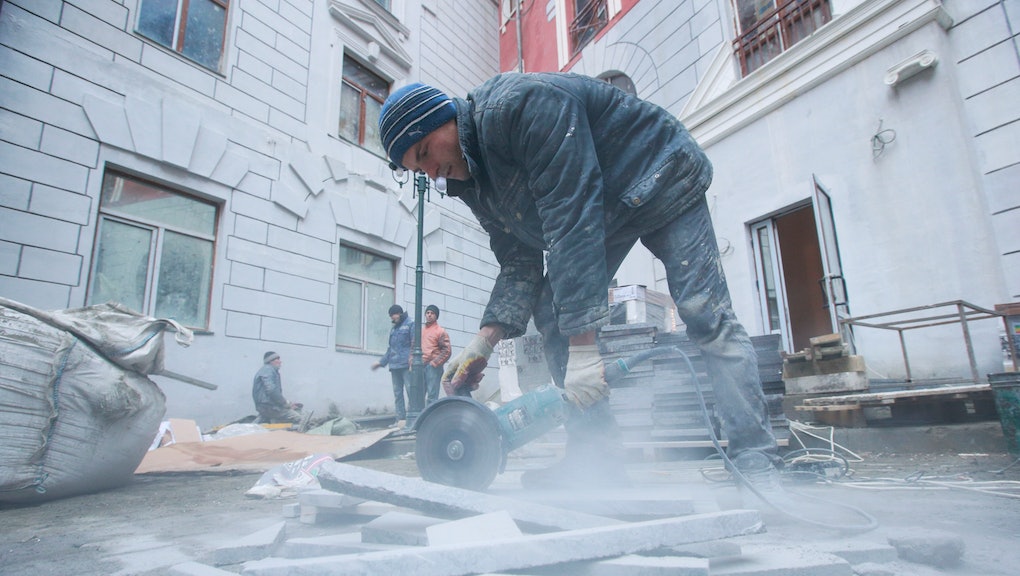 Is Sochi Really the "Hellscape" Journalists Have Made It Out to Be? Here's the Real Story.

The news: OK, so unless you've been living under a rock, you probably heard that Russia's 2014 Winter Games in Sochi are not exactly off to a landmark start. In fact, some of the stories filtering back from the front remind outsiders more of their stereotypes of the crumbling post-Soviet 90's Russia, and that perception isn't entirely unjustified. Packs of wild dogs have been mass-exterminated in the streets, a brutal anti-gay law violating fundamental Olympic principles has drawn condemnation across the globe, and hotel rooms and facilities are either incomplete or falling apart (the word "hellscape" has been used). Coupled with 40,000 security personnel (many of them heavily armed) in a "ring of steel" around the Olympics and the ominous spectre of a terrorist attack at the games, perhaps it's not so surprising that Westerners are imagining Sochi to look a lot like this:

Thank you for predicting everything ever, Simpsons.

But how bad is Sochi really? As White Cover Magazine's Kolby Solinsky writes, the Vancouver Olympics in 2010 looked an awful lot like Sochi in the final days of frantic construction and setup, while expressing some sympathy for workers and planners under the gun without adequate support or resources.

That's fair. But parts of Sochi really do seem to be an unfinished mess, with problems that can't just be swept under the rug like potentially dangerous water and huge stretches of unfinished construction. As Grantland's Katie Baker notes, some things like sod being rolled over patches of dead earth are par for the course before any international event. Others like plumbing unable to handle toilet paper are signs that much of the $51 billion in funding has gone to waste. Baker even found this sculpture, presumably left by a worker, in the basement of her building:

While much of the complaining is from sports journalists enjoying a paid vacation to the Olympics, no one seems to be paying much attention to what the debacle means for the people and workers of Sochi themselves.

Spartan accommodations and some half-built facilities are, as Solinsky points out, really only visible to the media and their entourages, who have the privilege of arriving before everyone else and cherry-picking the worst of it. And other than the athletes (whose "facilities might blow, but [are] accomplishing lifelong dreams in the process"), the media, and the lucky fans who are fortunate enough to afford an Olympic vacation, all the rest of the world will remember in a week or two is the competition itself.

As Solinsky puts it, "You all saw gold medals, high-def TV screens, and an overflowing Granville Street. I saw Tupperware containers and packing tape, and I had to wear a hard hat."

And by some reports, the furor over the accommodations is pretty exaggerated. Meanwhile, while we're all making jokes at Sochi's expense, the real abuses of power like the anti-gay law, corruption, mass surveillance, and the slaughter of feral dogs are being lumped in with trivial problems like broken toilets.

So it's pretty bad, but not because some reporters have brown tap water. And remember that part of the Olympics is looking the other way, nodding, and getting on with the competition. But don't forget that for the people that suffer most for the sake of the Olympics (and other sporting events like the World Cups in Brazil and Qatar), it's not just a game. And unlike foreign journalists, their struggle doesn't end at the finish line.