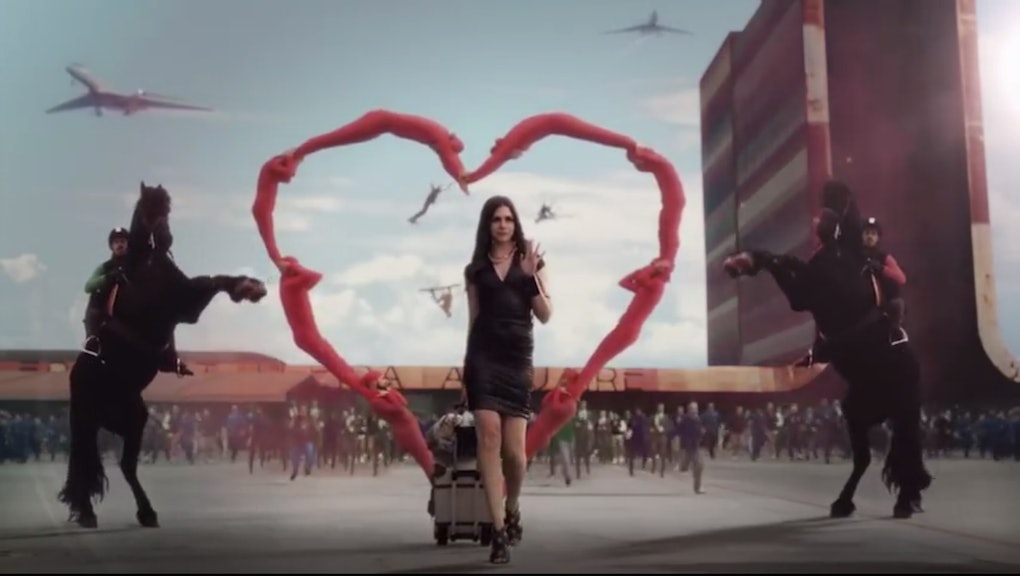 No matter what team you play for, sports are for everybody in more ways than one. That's the message in the latest ad to poke fun at Russia for its anti-gay propaganda law.

Norwegian sporting apparel retailer XXL All Sports United's minute-and-a-half video features a beautiful woman passing through an airport, inattentive to the men around her.

In the last few seconds, it's clear why she wouldn't be interested in these men in the slightest, to their disappointment.

Ads like these — we previously posted about the Canadian Institute of Diversity and Inclusion's funny luging ad — are more in line with the Olympic spirit than Russia is.

More companies should come out against Russia's anti-gay propaganda law.