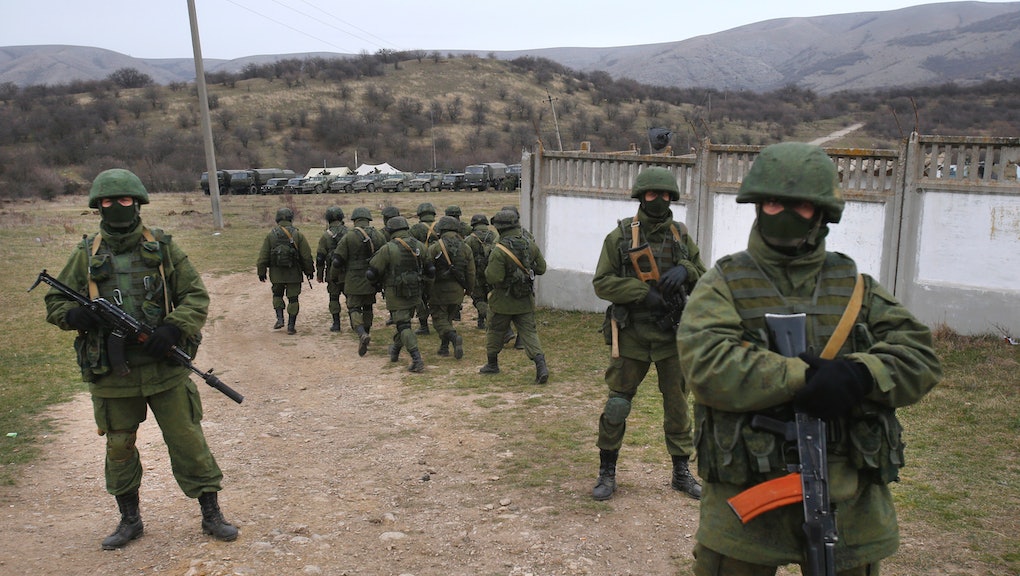 Crimea wants to be annexed: On Thursday, the Crimean parliament unanimously voted to secede from Ukraine and join the Russian Federation. The request has been officially sent to Moscow, although President Vladimir Putin has not announced his intentions yet.

The declaration comes days after Russia's takeover of the Crimean peninsula. As protests against the new interim government in Kiev grew in the region, Russian troops crossed the border and initiated a military intervention. Although the move outraged many in the international community, Crimeans have mostly welcomed Russian presence. Now they want to take the next step by officially joining the Russian Federation.

"This is our response to the disorder and lawlessness in Kiev," said Crimean parliament member Sergei Shuvainikov. "We will decide our future ourselves."

U.S. acts against Russian officials: In response to Russia's incursion into Ukrainian territory, President Barack Obama signed an executive order on Thursday to freeze the U.S.-based assets and property of Russian officials who have been involved in the military intervention. The State Department is also denying visas to both Russian and Ukrainian officials who were involved.

The executive order is "a flexible tool that will allow us to sanction those who are most directly involved in destabilizing Ukraine, including the military intervention in Crimea, and does not preclude further steps should the situation deteriorate."

Later on Thursday, the House will also vote on a $1 billion aid package to Ukraine, which will help to bolster the fledgling government.

Why does Crimea want to join Russia? Crimea is one of a number of regions in Ukraine where ethnic Russians outnumber other groups. It only became a part of Ukraine in the 1954 when it was transferred under Nikita Khrushchev. After the fall of the Soviet Union, groups that had been forced out under Josef Stalin — such as the Tatars — returned to their homeland. Still, the vast majority of Crimeans define themselves as fundamentally Russian.

Since Ukrainian protesters forced out the Moscow-leaning President Viktor Yanukovych and elected an interim government in place, Crimeans have voiced their discontent. Many are against the new government's pro-Western policies and would rather secede from the Ukrainian state. Thousands of Crimeans have taken to the streets in protest, but now that Russian troops are on the ground, they want to go ahead and be annexed.

What will happen next? The Crimean government will hold a voter referendum on Mar. 16 to determine whether the region should become a constituent territory of the Russian Federation or if it should restore its 1992 constitution, which would allow the peninsula to have relations with both Kiev and Moscow. Reports indicate that Crimean troops have already begun to pledge allegiance to the Russians.

However, the Ukrainian government has denounced the Crimean government as "totally illegitimate" and believes that Russian troops are behind the announcement. "They are forced to work under the barrel of a gun and all their decisions are dictated by fear and are illegal," said acting president Oleksander Turchinov.