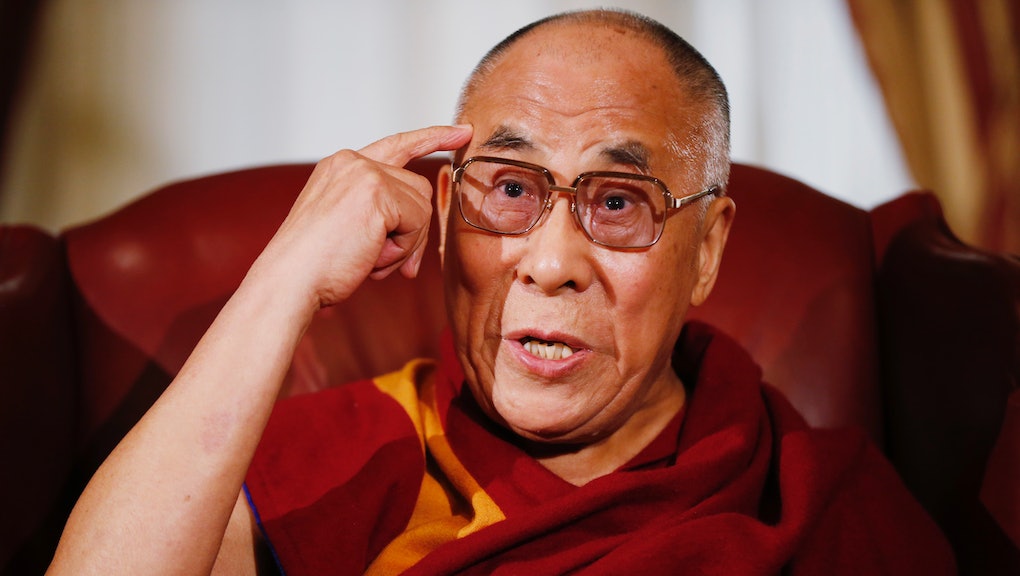 At Least One Religious Leader Is OK With Gay Marriage

While Pope Francis might still be on the fence about signing off on civil unions, at least one religious head is signaling support for the global movement towards marriage equality. During a routine visit to Washington, D.C., on Thursday, the Dalai Lama announced the he was OK with consensual homosexual relationships, as well as same-sex marriage.

"If two people — a couple — really feel that way is more practical, more sort of satisfaction, both sides fully agree, then okay," he said during an appearance on Larry King's radio show.

The Tibetan Buddhist monk, who is celibate, maintained that religious people should still follow the decrees of their respective beliefs. But homosexual relationships and marriage are an "individual's business," he said. "That I think [is] a personal matter."

As for the legal question of same-sex marriage, the Dalai Lama said "that's up to the country's law." While that in and of itself might not be the most ringing endorsement of marriage equality, the Dalai Lama was much more emphatically vocal about anti-gay discrimination and bullying. "That is wrong. That's a violation of human rights," he said.

Although the Dalai Lama has deferred to other religious bodies and individual nations to determine the future of marriage equality, his condemnation of LGBT discrimination, as well as his personal affirmation of same-sex marriage, speaks volumes for the international community. The Dalai Lama's followers are concentrated in South Asia, which has some of the most repressive laws against homosexuality. He is also one of the most high-profile religious leaders in the world, whose work has focused on building interfaith relationships with other religions.

As for the Catholic Church, Pope Francis has indicated an unwillingness to bestow the marriage label on same-sex couples. Civil unions, on the other hand, have received a more encouraging sign from the pontiff: "We have to look at the different cases and evaluate them in their variety," he said in an interview with the Italian daily Corriere della Sera published on Wednesday. It's as vague as a non-statement can be, but it's a start.