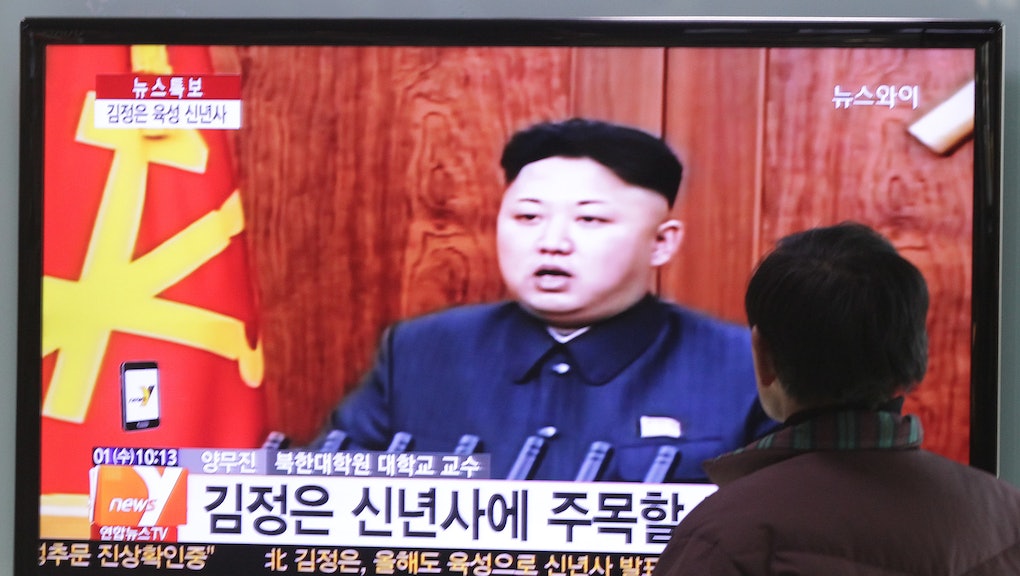 Literally No One Voted Against Kim Jong Un in This Election

In a landslide victory against no one, Kim Jong-un scaled the heights of the Democratic People's Republic of Korea's totalitarian regime to win the country's national elections. This morning, the state-run media announced the leader's triumph in his fourth year of power. He will serve on the country's highest legislative body.

One hundred percent of voters participated in the election. As to why, we will not speculate. For his district, the leader had not one dissenting ballot. As for the remaining spots in the Supreme People's Assembly, the results have yet to be announced. Analysts are waiting to see if the new deputies will reflect changes in voter sentiment. Even if there are political changes, however, the legislative body only meets approximately once or twice per year.

"This is an expression of all the service personnel and people's absolute support and profound trust in supreme leader Kim Jong-un as they single-mindedly remain loyal to him," the state-run Korean Central News Agency said.

Kim Jon-un was appointed to power after his father's death in 2011. Besides befriending former NBA star Dennis Rodman, driving the country into a technological standstill and continuously threatening South Korea, he has come under fire for egregious violations to human rights. Just today, the leader has ordered the execution of 33 Christians believed to be working with a South Korean Baptist missionary. While the tyrant has locked in his supreme power, his abysmal track record in human rights is unlikely to change.