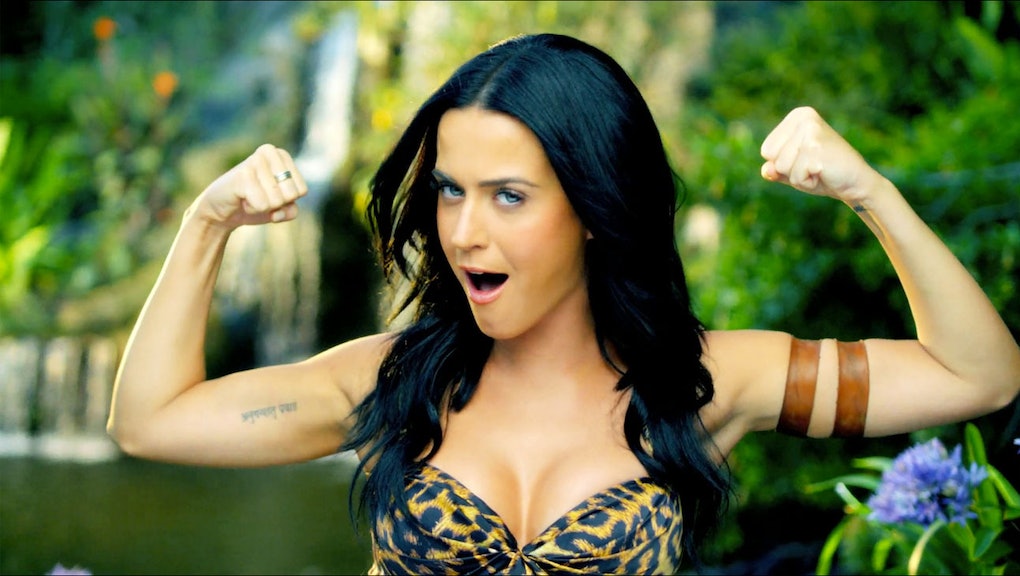 Why It Matters When Katy Perry Calls Herself A Feminist

On Australia's Today morning show on Sunday, host Karl Stefanovic asked Katy Perry if she considered herself a feminist.

"Yeah, actually," she replied. "I used to not really understand what that word meant, and now that I do, it just means that I love myself as a female and I also love men — so, sure!"

That might not be exactly how most women would define "feminism," but hey, she's getting there! In the past, Perry has outright refused to use the term at all. In December 2012, when accepting a Billboard award — for Woman of the Year, no less — she said, "I'm not a feminist, but I do believe in the power of women."

Now that the term is coming back into fashion, however, pop stars from Beyoncé to Miley Cyrus are proudly declaring themselves feminists.

Critics have been swift to critique each of these highly successful women's definitions of the term. But while it's important to hold high-profile feminists to certain standards when it comes to promoting gender equality, it's also important to praise them for not shying away from the term any longer.

Feminism has become such a pop culture trend, and Perry's songs have often been deemed such feminist anthems (see: "Roar"), that it's likely Perry's publicity team told her she would be criticized if she continued to refuse the term (though apparently cultural appropriation is totally fine in their books).

Nevertheless, the significance of Perry calling herself the formerly stigmatized f-word should be acknowledged. The rise of the feminist movement's popularity grants us more opportunities to discuss and learn about the important issue. Perry is raising awareness for her many young fans of the feminist movement, and with any luck is making them less afraid of exploring the term for themselves.

Hopefully, her young fans will be inspired enough to read Simone de Beauvoir, Gloria Steinem and Judith Butler and not just rely on a pop star for their lessons in feminism.