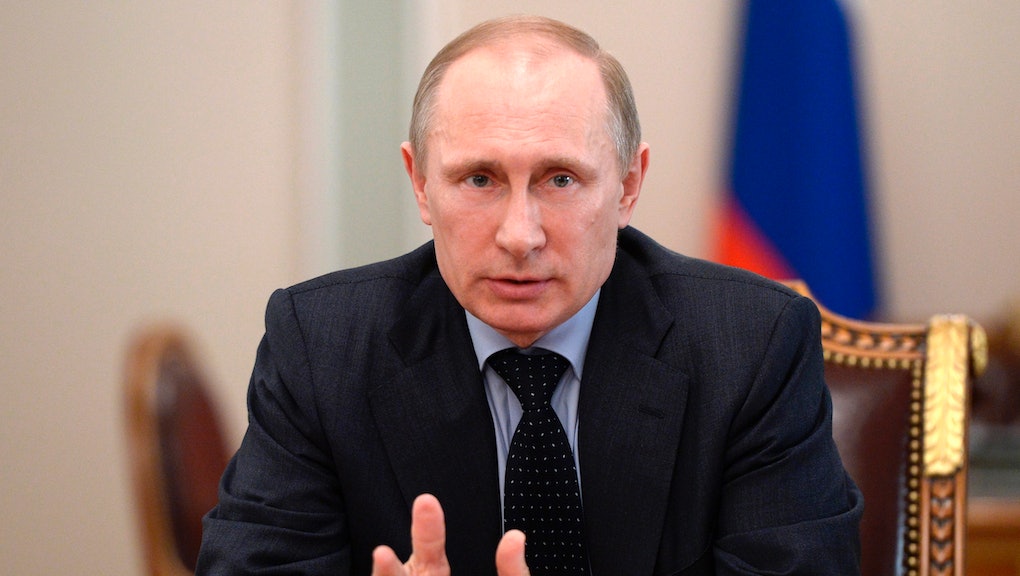 10 Statistics Vladimir Putin Doesn't Want You to Know About

For any leader thinking about global expansion, one key thing can never be forgotten: maintaining the status quo at home. The inability to govern the homeland while growing a nation has caused the downfall of historical conquerors such as Alexander the Great, Julius Caesar and Napoleon Bonaparte. And as Vladimir Putin increasingly looks to flex Russia's muscles in Eastern Europe, he must not forget about the problems Russia's already facing.

While it would be easy to cherry-pick a country's problems (one could easily pick out America's troubling statistics on gun control, incarceration, income inequality and death penalty), Russia is undoubtedly dealing with serious public health and economic issues, which are being exacerbated by further military expenditure and the recent Crimean invasion. Here are a few problems that Putin might want to address before trying to redraw his borders.

1. A quarter of of Russian men die before they are 55

The main cause of death of death is excessive drinking; among men who drank three or more half-liter bottles of vodka a week, 35% were expected to die before age 55.

3. There is a huge population crisis

In the past 20 years, the Russian population shrank from 148 million to 143 million. If the trend continues, there may only be 107 million people living in Russia by 2050. Last year alone, 2,500 more people died than were born.

4. Russia is the biggest heroin market in the world

Over 2.5 million Russian use drugs, and 90% of them are hooked on Afghan heroin. Ever year, Russia imports around 70 tons of heroin — more than a fifth of the global supply.

5. There is a growing HIV/AIDS epidemic due to drug injections

Among the world's top 20 economies, Russia is only second to India — which has a population nine times larger than Russia's — in terms of the number of people living with HIV. More than 20% of the world's drug users with HIV live in Russia. By 2020, the country is estimated to lose 20,000 people a month to AIDS.

6. There's a tuberculosis epidemic as well

Of the top 20 world economies, Russia is also only second to India in the number of multi-drug resistant tuberculosis. The strain doesn't respond to traditional drug treatments and spreads more effectively.

International journalists were quick to make fun of Sochi hotels' dirty brown water. But while they got to go home after a few weeks, lack of access to clean water remains a critical problem in Russia, such that even Putin has complained about it. Only half of Russia's water is potable.

8. It basically has the worst income inequality in the world

Other than Caribbean tax havens, Russia has the worst income inequality in the world. Just 110 billionaires own 35% of the country's household wealth, and the richest oligarchs have doubled their wealth in the past 20 years.

9. Economic projections are not looking good.

Inflation is rising, while GDP growth and current account balance are expected to go down.

10. And invading Crimea has only made things worse

The Russian ruble has fallen sharply against the U.S. dollar in recent months, and the Russian stock market has taken a plunge as well.