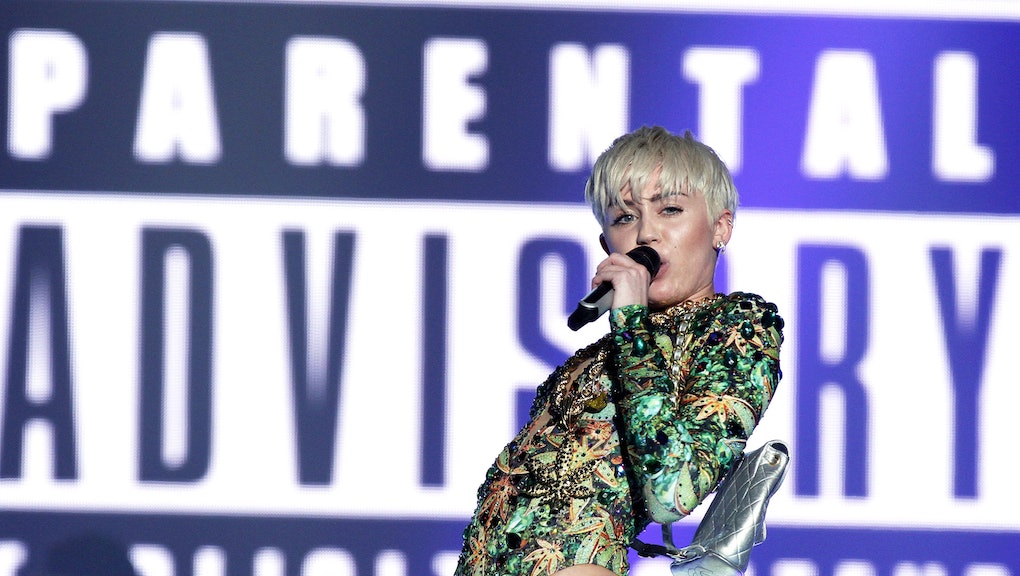 How Miley Cyrus Got Entangled in the Fight Over Crimea

Miley Cyrus and Justin Timberlake have become entangled in growing Western-Russian tensions over Crimea. The two were thrust into the international arena of head-to-head sanctions after lawyers realized that a venue where both stars were set to perform is owned by a Russian blacklisted by the White House. Both Cyrus and Timberlake may have problems when it comes to performing in the Hartwall Arena in Helsinki, unless the U.S. Treasury signs off on it.

The Hartwell Arena is part of an event company owned by Gennady Timchenko, a rich businessman close to Russian President Vladimir Putin. The sanctions, announced by President Obama in March, include bans on conducting business with 21 top Russian and Ukrainian officials tied to Russia's annexation of Crimea. Though Miley Cyrus can't stop and won't stop, international relations may say otherwise.

The Miley Cyrus and Justin Timberlake concerts may be just one instance of serious economic sanctions between Russia and the U.S. and EU. For every sanction the West puts on the Kremlin, Putin will be firing back. The aftermath of Crimea's annexation and the pro-Western, anti-government protests in Ukraine that killed an estimated 100 people is beginning to take shape.

The New Jersey Nets, owned by Russian billionaire Mikhail Prokhorov, are also caught in the middle of the sanctions. Putin has issued laws requiring Prokhorov to transfer ownership to a Russian-based company, but doing so would violate NBA ownership rules. Oil and energy companies like Exxon Mobile may also take a hit. Russia is a huge exporter of oil and petroleum, and for businesses like Exxon Mobile operating in the U.S., these sanctions could affect stock prices, assets and more.

Financial institutions like JPMorgan Chase and credit card companies like VISA and MasterCard are already under fire. The Russian government decried JP Morgan after the bank, in compliance with U.S. bans, stopped transactions in Russia. VISA and MasterCard also stopped working for many of Putin's comrades, as the sanctions stopped all transactions with Bank Rossiya, a bank linked to Putin's inner circle and other pro-annexation leaders. At perhaps the perfect moment, Russia is rolling out its own banking system that could rival the two credit card companies' business in that country.

And then there's space. In order for astronauts to get to and from the International Space Station, they must ride Russian-operated shuttles. NASA has already severed ties with Russia's space agency, save for the ISS. Could the U.S. soon lose access to the important low-orbit space access point?

From U.K. newspapers like The Independent and a Formula One racing team to up to 5% of Facebook shares, Russian billionaires have a sizable stake in the U.S. economy. The crisis in Crimea could hit closer to home than the U.S. previously expected. Miley Cyrus and Justin Timberlake may not be the only unlikely actors to make their sudden political debut.