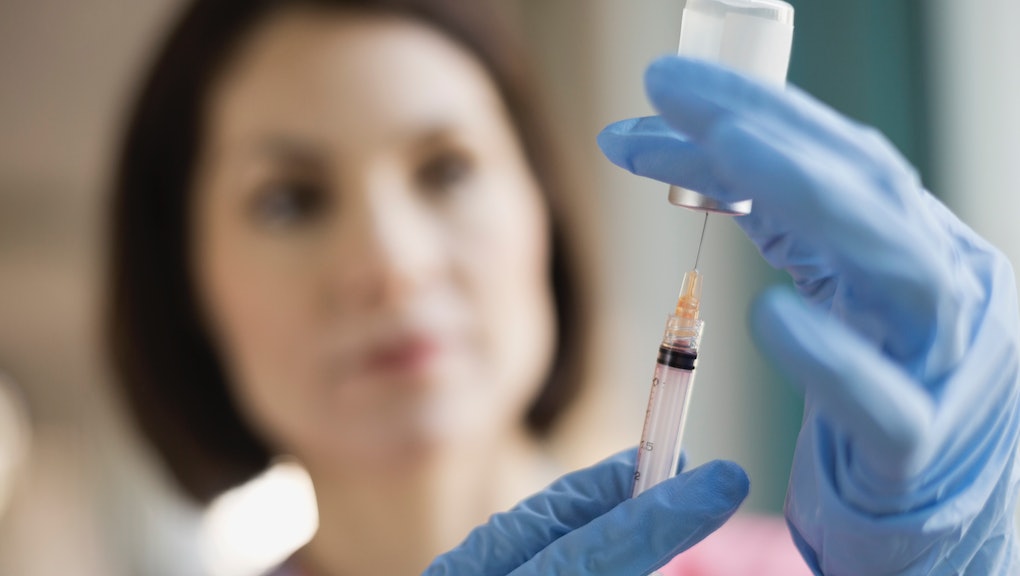 The news: On Monday, school officials in Alberta, Canada made an unexpected announcement: They asked 100 Calgary students to stay home for the next two weeks. Why? The students were not vaccinated for measles.

The announcement follows an eruption of measles across Canada. Alberta has had nearly 50 measles cases since last October. Though the outbreak was thought to have ended in January, six new cases have popped up in Calgary since then. There have also been 320 confirmed cases in British Columbia and several more in Saskatchewan, Ontario and Manitoba.

Because one of the new Calgary patients is a high school student, administrators were immediately concerned about the virus spreading through schools. So school authorities rounded up unvaccinated students and gave them the option to receive immunization shots or stay home for two weeks until the threat of another outbreak passed.

Finding middle ground: Although vaccination is a public health and safety concern, many also believe that it's a matter of personal choice. The Alberta officials' stance is plain and simple: Parents have the right to choose what goes into their children's body, but they do not have the right to put other children at risk.

It's an interesting way of finding a compromise for an increasingly controversial issue. Those who support a mandatory vaccination model argue that in order to utilize "herd immunity," the vast majority of a population needs to be inoculated. Those who are against vaccinations believe that such policies would rob them of their individual agency.

But in the case of the Calgary students, it's a win-win situation: Those who do not want to receive the vaccine will not be forced to do so, but they will be removed from school for their own safety and to protect other children from exposure. For the next two weeks, they will continue to do classwork at home via email and video-conferencing into classrooms.

A focus on education: The measles vaccine is free in Alberta, but it's not mandatory like in other Canadian provinces. Although the region has reported a slight decline in measles vaccinations since 2008, government measures have been limited to education and awareness campaigns.

"My sense is if we do a good job of educating people and informing them of the risks and of their social responsibility, then everyone will be protected," said legislator David Swann.