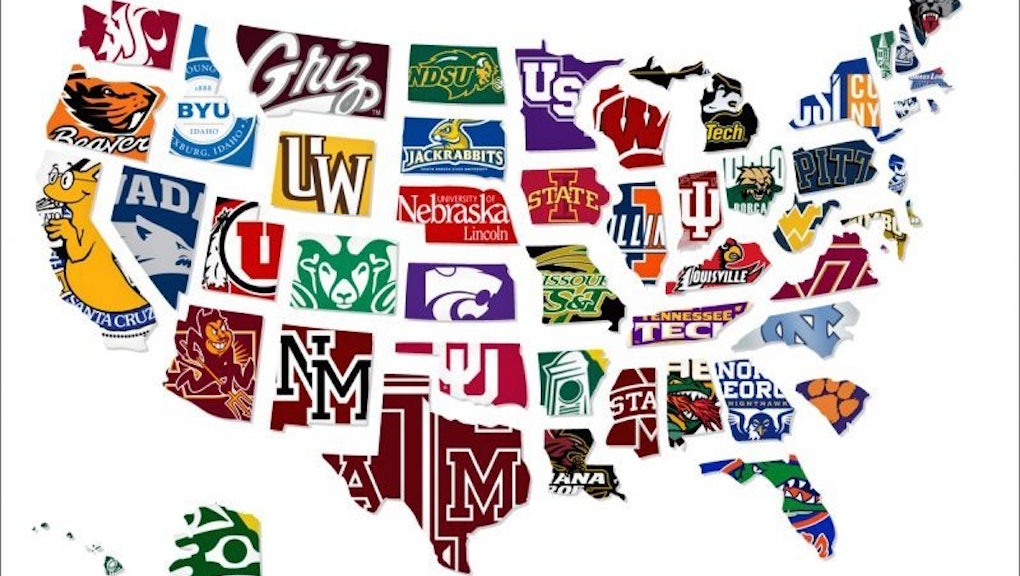 Every State's Most Underrated College, in One Map

Choosing the right college is sometimes thought of as one of the most important decisions in a young person's life. And while most people generally agree that attending college is a good idea (especially as it affects your future earning potential), admission into an elite institution is getting harder than ever, and what are the most competitive schools is often changing. Everyone says they want to attend Harvard, Yale or Stanford — schools with notoriously low acceptance rates — but the simple fact is that most high schoolers don't have much of a chance of getting in.

However, instead of freaking out about rejection or not getting into the perfect school, prospective undergrads should remember that there are thousands of colleges and universities in the country, and many of them are highly "underrated." Based on academic rankings, acceptance rates and in-state population, Business Insider used data from Niche, an education statistics company, to determine the most underrated schools in America. And now they're handily available in one simple map:

While this is an interesting and, for some people, probably very useful list and map, there's something inherently strange about calling a school underrated. For one thing, it's not entirely clear how Business Insider and Niche arrived at this list. What kinds of academic factors were considered? What qualifies as a school that's thought about poorly? Just word of mouth or actual data? And if it is data, is it just a high acceptance rate (some schools on this map reportedly have 99% acceptance rates) or other factors? There's just not a whole lot of explanation behind the methodology and for such a subjective categorization, you'd think there'd be more information here.

What's also notable in this map is that many of these schools are relatively well-known, but mainly for their athletic accomplishments. For some reason, many people associate strong athletics with weak academics, or high acceptance rates and large student populations with sub-par academics. High acceptance rates = big schools = good sports ≠ good academics. It's a strange assumption and it's not totally clear how this idea started, but according to these findings, it's not an idea worth very much.

Call them safety schools, call them underrated, really call them whatever you want, but these schools are very attractive options for many people and can often times be a better fit than any of the hard-to-get-into schools so many students (and parents) lust after come application time. Whatever you do, just make sure the choice is a smart one ... unfortunately many are not.