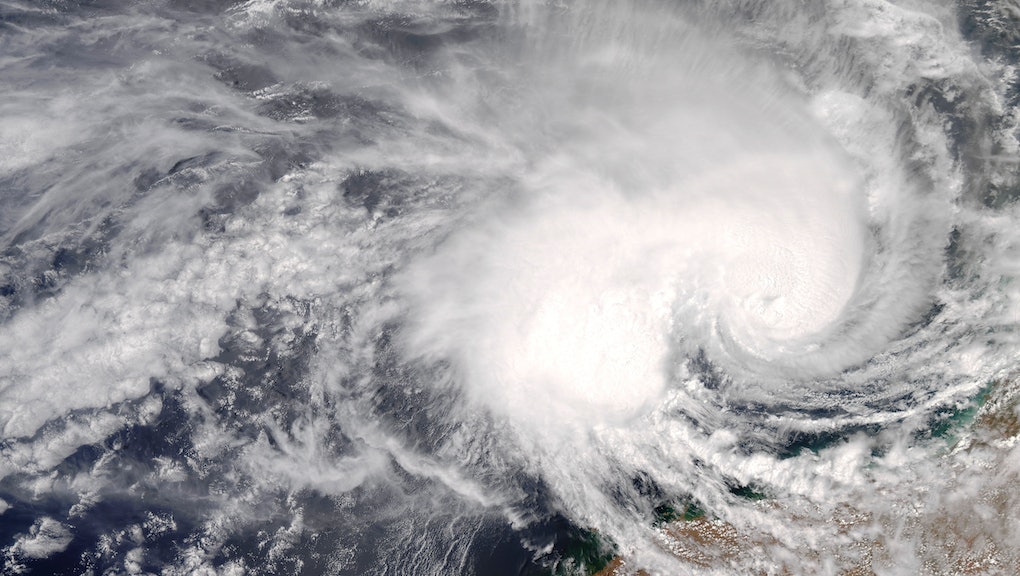 The news: China's pollution problem has become rather infamous, as viral photos and marketing stunts can attest. But according to a new study, whatever happens in China doesn't stay in China.

Published on Monday in the Proceedings of the National Academy of Sciences, a new study examines how pollution from East Asia affects the global atmospheres. Specifically, the researchers focused on aerosol pollutants such as sulfates emitted by coal plants, as well as pollutants from vehicular and other industrial activity.

What they found was a strong correlation between Asian pollution and irregular weather patterns across the rest of the world, namely in the Pacific. Though the full implications of this yet to be understood, "it's almost certain that weather in the U.S. is changing," said Renyi Zhang, a co-author of the study.

How aerosol pollutants work: Aerosols are tiny particles suspended in the air. Although there are many natural aerosols, they are increasingly outnumbered these days by man-made ones. These particles can both scatter and absorb sunlight, which means they have alternately cooling and warming influence on the climate. But their main impact is on clouds and precipitation. Because aerosols help to determine the size and amount of cloud droplets, the increase in aerosols can have an unusual effect on weather activity.

The researchers of the PNAS study were able to confirm their theory with a weather model, which simulated the spread of man-made aerosols across the Pacific. The model showed that these particles led to stronger storms, more ice and increased flow of heat from the equator to the Arctic.

"What we have shown is that aerosols from Asia can get transported over the Pacific and change weather in North America," said Zhang.

A growing consensus: This study comes on the heels of two other studies published in January that have established the link between Chinese pollution and American weather. The first, conducted by Texas A&M University and NASA, demonstrated that pollution from Asia affects the upper atmosphere and leads to changes in cloud formation, stronger storms and cyclones. The second, conducted by University of California at Irvine and also published in PNAS, concluded that pollution from China is wafting across the Pacific and contributing to smog in the U.S.

These studies have all led to the same conclusion: It's no longer viable to let China deal with its own pollution. The country's problem has global implications, especially in the U.S., and a fitting global solution needs to be found.