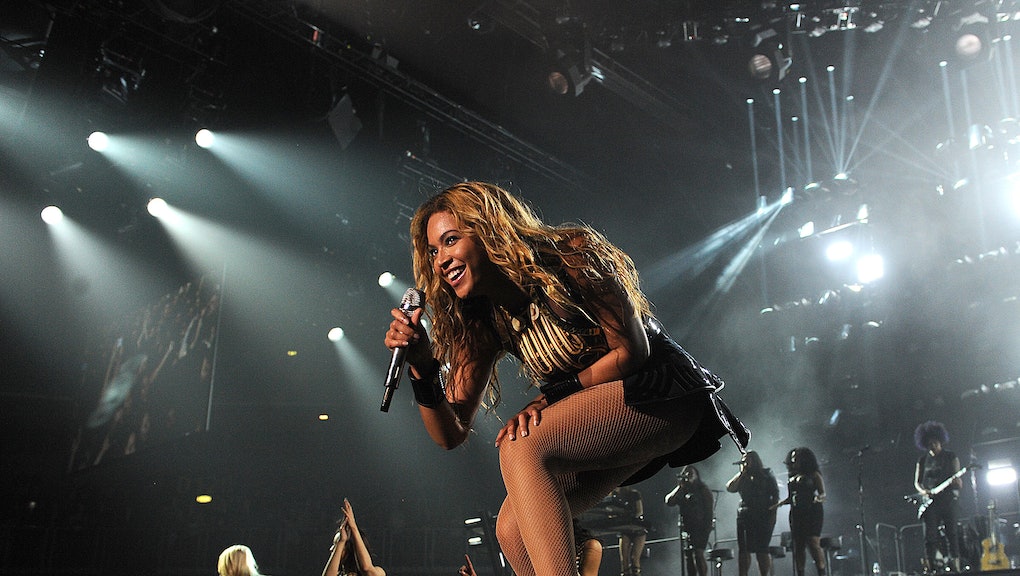 If you doubt Beyoncé's influence, it might be worth consulting this map of what happened to the Internet after midnight EST on Dec. 13, 2013, the day she released Beyoncé.

On Thursday, when TIME Magazine named her one of its most influential people and put her on the cover, they recognized something that's long been evident: Beyoncé is an unimpeachable cultural icon. She is a powerful feminist whose art is challenging, phenomenally entertaining and uplifting. Sheryl Sandberg, of Lean In fame, wrote the blurb on Beyoncé for the magazine. Sandberg wrote, "She raises her voice both on- and offstage to urge women to be independent and lead."

Beyoncé's influence isn't simply for women, though. There's something almost comically unflinching in her ownership of her role as a modern cultural leader. The boldness with which she stands on the cover of TIME (wearing no pants) is the boldness with which she wrote an essay called "Gender Equality Is a Myth," sampled feminist novelist Chimamanda Ngozi Adichie on her most recent record and found her muse in a formerly homeless songwriter with few credits to his name. In everything she does, she is bold.

So yes, she's a feminist icon. Yes, it's impressive that she became one of TIME's most influential people only a year after her husband won the same honor. And yes, she's a phenomenal singer, she's a bold thinker and she's a model mother. But that's not why she's one of our culture's most influential people. Beyoncé is important to us because she exudes always an aura of belief in the value of her work, a sense of rocksteady acceptance of her responsibility as an icon. She never flinches; she acts only with purpose.