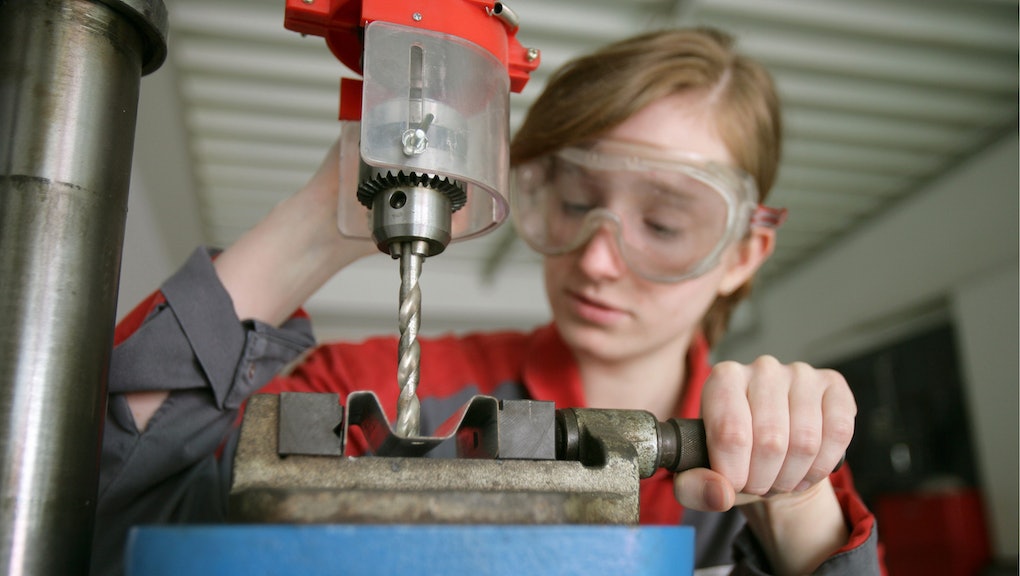 The news: It's official. On Monday, Maryland Governor Martin O'Malley signed a new law to raise the state minimum wage to $10.10 an hour — the precise amount that the Congress has been fighting over for months since President Obama proposed it in his State of the Union address.

The state legislature actually passed the bill last month, making Maryland the second state after Connecticut to adopt the $10.10 wage, and the 23rd state to set a pay floor that is higher than the federal minimum wage ($7.25 an hour). Since then, Hawaii has also voted to implement the $10.10 wage hike. The move disproportionately impacts young people, the demographic making up the majority of minimum wage earners.

Why this could be good: For minimum wage advocates frustrated with Congress' glacial pace on even debating the issue, these state-by-state solutions are a smart step. A more local implementation of the new wage in San Jose, Calif., has been working well for the city, leading to business growth and increased employment, and demonstrating to skeptics that such an increase does not automatically lead to a massive job loss.

That's especially good news for young people, who make up a huge chunk of minimum wage workers. According to the Bureau of Labor Statistics, half of all U.S. workers on minimum salaries are under the age of 25.

And the idea of a federal pay floor increase is becoming more popular across the United States. The majority of Americans are in favor of minimum wage, and even noted Republicans like failed presidential candidate and former Pennsylvania Senator Rick Santorum are advocating for a nationwide pay floor increase. "Let's not make this argument that we're for the blue collar guy but we're against any minimum wage hike ever," Santorum said on Monday. "It just makes no sense."

Why this could be bad: Many people remain concerned about the repercussions of a minimum wage increase — especially if it's too big or implemented too quickly. Seattle, for instance, has grabbed headlines in recent months for proposing to raising its pay floor to $15 an hour, effectively creating one of the highest minimum wages in the world. Even adjusting for inflation, that's the most radical minimum wage increase in U.S. history.

And there are also critics that believe that bills like Maryland's don't go far enough. For instance, the new law does not tie minimum wage to inflation, which means the legislature might have to renegotiate in the future. In Maryland, base salary is also frozen for tipped workers at $3.63 per hour, which many argue is too low. In comparison, the Hawaii bill stipulates that tipped workers who make less than $17.10 an hour get the $10.10 minimum wage plus tips.

While some believe these increases go too far, others argue they don't go far enough, and more still contend these are the best options for now. As always, the gears of the federal government turn slowly, but in the meantime, these state- and city-level experiments might just be the best solution.