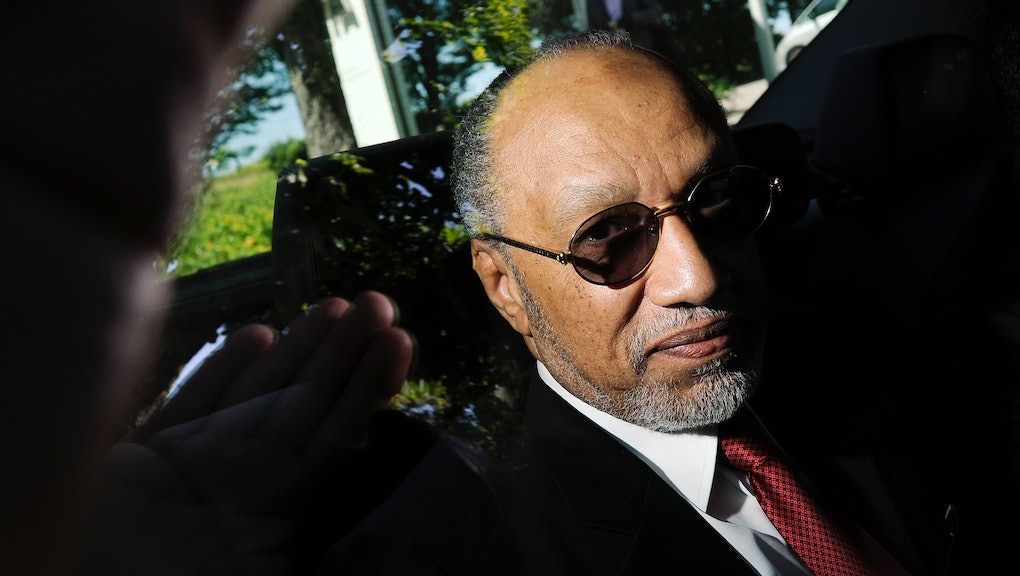 The news: New allegations have surfaced that corruption was involved when FIFA awarded Qatar as the 2022 World Cup host. A lot of corruption.

The U.K.'s Sunday Times reportedly recovered thousands of secret documents, including letters, bank statements and emails, that allegedly show how Mohamed Bin Hammam (pictured above), the former president of the Asian Football Confederation, paid about $5 million to FIFA members in exchange for supporting Qatar's bid as the host.

Supposedly, while Bin Hammam served on the executive committee, he nefariously secured votes from important members of the ruling committee, essentially swaying the 24-man committee in his favor. He made dozens of "slush fund" payments into the accounts of presidents of 30 African football associations. Bin Hammam also reportedly threw lavish events where he would basically hand out $400,000 in cash to African officials.

Qatar's organizing committee is vehemently denying any foul play, saying "[we] always upheld the highest standards of ethics and integrity in its successful bid," reported Al-Jazeera. However, if the allegations are substantiated, many are urging FIFA to run a re-vote for the 2022 World Cup's location.

Other corruption charges: The Sunday Times' discovery is not the first corruption allegation to mar Qatar's World Cup. Unrelated to the new documents, Bin Hammam was expelled from the FIFA executive committee in 2012 after he was caught bribing voters when was campaigning for the Asian Football Confederation presidency in 2011.

In April, the Telegraph reported that a FIFA executive, Ricardo Teixeira, used his 10-year-old daughter to funnel funds that potentially influenced the World Cup 2022 outcome. Apparently, Teixeira placed about $3 million in a savings account in his daughter's name from the Sandro Rosell, who is a close business partner and became the Barcelona Football Club President in 2010. This was roughly six months before Qatar won the bid. There may be a connection with Teixeira's payment and Sandro Rosell's deal between Barcelona and the Qatar Foundation for $210 million to sponsor the club's jersey. So far no direct correlation between Teixeira and the World Cup bidding has been proven.

In March, the Telegraph discovered that a Qatari firm paid another FIFA official and his family $2 million, which is now being investigated by the FBI.

The road to the 2022 World Cup: Qatar defeated bids from the U.S., Japan, South Korea and Australia in the rounds of voting in 2010. And even though Qatar was deemed the only "high risk" hosting site under consideration, 14 out of the 22 voting members of the executive committee voted for Qatar.

There have been numerous reports that workers are facing slave labor conditions during the facilities' construction. The Gulf state is expected to spend $100 billion on new infrastructure, though just a small portion of that is going to the migrant workers who are doing most of the construction while living and working in miserly environments.

The Qatar World Cup committee and FIFA have been turning a blind eye on the human rights violations taking place.

"FIFA is not the lawmaker in Qatar," FIFA exec Theo Zwanziger said, justifying their inaction.

Of course, Qatar committee officials are hopeful that this will not be the case.

"The right to host the tournament was won because it was the best bid and because it is time for the Middle East to host its first FIFA World Cup," read their statement.