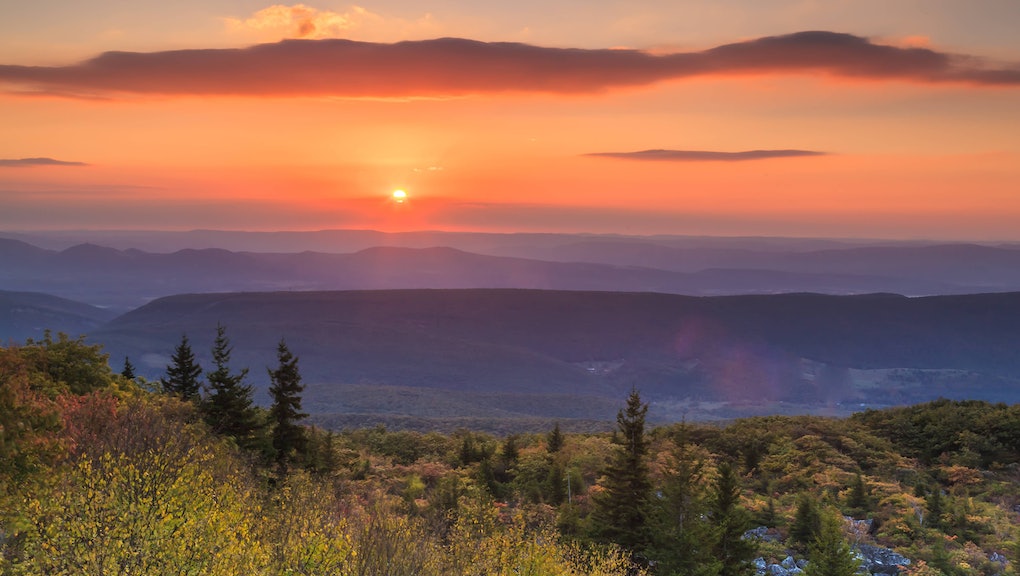 The Federal Government Gives One State More Money Than Any Other

The news: All states may be created equal, but that doesn't mean they get equal funding.

According to a new George Washington University study, West Virginia receives more money per person from federal government programs than the rest of the country. The Mountain State gets 26.2% of its income from programs like Social Security, Medicare and Medicaid — well above the national average of 16.7%.

As a general trend, the study also found that southern states are much more likely to receive the most federal money — after West Virginia, the next four are: Mississippi, 24.0%; Arkansas, 22.8%; Kentucky, 22.4%; and Alabama, 21.8%.

These numbers may not mean much on their own. However, the picture becomes more interesting upon considering the fact that the states that rely the most on federal funding may also be the ones most opposed to them.

For it's part however, West Virgina seems appreciative of its federal funding and is supportive of federal programs like Social Security and Medicare. Sen. Joe Manchin (D-W.Va.) has gone on the record saying, "let me be also clear — one of my top priorities will be to make sure that whatever final debt fix emerges, it will keep our promises to our seniors by protecting Social Security and Medicare. I believe we can do this and cut our debt and deficits over time."

The same, however, cannot necessarily be said about other similar states. Take, for instance, Kentucky. Sens. Mitch McConnell (R) and Rand Paul (R) have both supported privatizing Medicare and Social Security despite the fact that over one-fifth of their state's income comes from these very programs. McConnell has repeatedly voted to voucherize medicare in aggressive budgets, which would affect as many as 643,097 Kentucky seniors over the next decade.

Much of the South is the same way:

The red states also have the worst return on taxpayer investment (the ratio of federal funding to tax income):

They also happen to be the most dependent on the federal government, according to their federal funding and the number of federal employees they have:

As PolicyMic's Tom McKay wrote earlier this year, "This should make sense to anyone who understands how federal funding is dispersed. Tax revenue primarily comes from highly developed urban regions like the Northeast, California and the big Great Lakes cities like Chicago. That wealth flows to rural areas — which happen to be predominantly GOP — and the South, which is generally much poorer than the rest of the country. This is actually a system working more or less as intended, representing the federal government trying to adequately invest in infrastructure and services in areas which are falling behind the rest of the country. The feds are more or less doing their best to compensate for red states' consistent failure to economically perform without outside assistance. If this money dried up, as many Republican politicians claim they would like it to, those states would start seeing some serious budgetary problems."

While these states may oppose federal programs and "government handouts," they should carefully consider how they might fare if that money dries up. Spoiler alert: probably not very well.