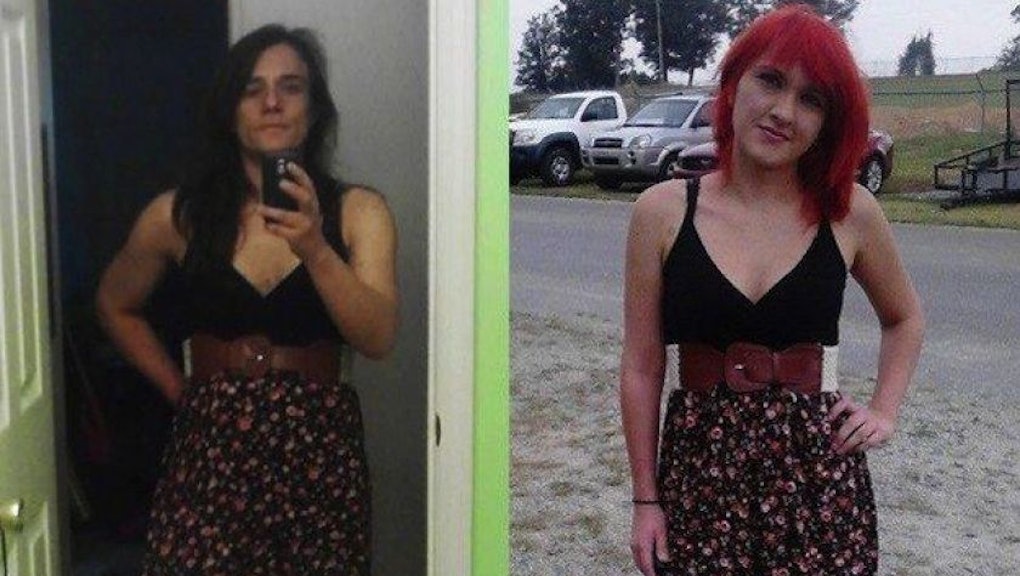 This Girl Was Sent Home From School For Her Outfit. Her Mom's Response Was Incredible

Unfortunately, that's exactly what happened to Violet Burkhart, a senior at Central Davidson High School in North Carolina, who wore a sundress to school to celebrate her last day, only to be sent home for violating the school's dress code.

According to Burkhart, with just two hours left of school teachers measured her dress in a hallway in front of other students, told her it was a half an inch too short and sent her home to change.

Burkhart, who had worn the dress before without issue, said she was reduced to tears after the incident.

"They pretty much humiliated me," she told MyFox8.

Burkhart's experience with dress code shaming is a familiar one, but this time the story has a different twist. Not content to let her daughter's high school career end on such a sour note, Burkhart's mother, Amy Redwine, vowed to wear the exact same dress to Central Davidson's graduation in a show of solidarity with her daughter.

On Saturday, Redwine got the chance to make good on her promise. Here she is dressed for the school's graduation ceremony:

Redwine said her intent wasn't to challenge the dress code itself, but rather to highlight the ridiculous way she says school officials handled this particular situation.

"I literally looked back at the clock and I'm thinking, it's 1:00 in the afternoon on her last day of her senior year," Redwine said. "My daughter — it's supposed to be one of her best days and she's there crying... If I thought this dress was inappropriate, I would have never allowed her to wear the dress."

Burkhart's story is, unfortunately, nothing new. As temperatures have risen, so has the number of young women coming forward to speak out against school dress codes that seem to shame them and their bodies.

Earlier this month, after being sent home for wearing shorts on a hot day, Canadian teen Lindsey Stocker put posters around her school stating that girls "are not sexual objects." Like Burkhart, Stocker had been called out in front of other students and felt humiliated by the experience. Back in May, a high school senior was kicked out of her prom because some male chaperones believed her outfit would cause the young men in attendance "to think impure thoughts." And in March, a group of Illinois middle school girls fought back when administrators said that their leggings were "too distracting" to their male classmates. The students held signs in front of their school that read, "Are my pants lowering your test scores?"

These incidents highlight the fact that school systems routinely hold girls to more exacting dress code standards than boys, chastise young women for their developing bodies and blame girls' clothing choices for boys' thoughts and actions. The issue here isn't that schools can't ever have dress codes; rather, it's that the language and standards set forth by these codes too often seem to be less about making sure students appear professional, and more about singling out young women (especially those who are more developed), treating their bodies as sexual objects with the potential to force boys to misbehave.

While the efficacy of dress codes is a complicated and controversial topic, there is never a good reason to embarrass young women like this in front of their peers. At least this time there was a happy ending: Asked what she thought of her mom's unique protest, Redwine told MyFox8 that she was "very proud" that her mom had stuck up for what she believed in.