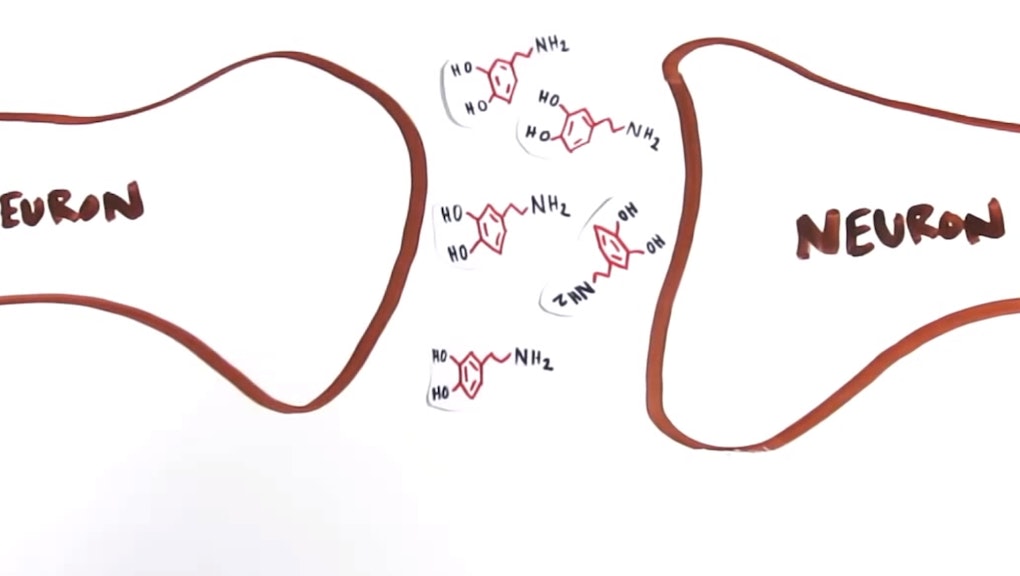 When you fall in love with a song, no amount of familiarity can reduce the pleasure you get from a four-minute recording and nothing can stop you from hitting replay. It's like an addiction. That's because the neurophysiology of music reveals that it works in a way most of us wouldn't expect, but all of us experience:

It behaves like a drug. As the video from AsapSCIENCE, a weekly science show, reveals, the pleasure you get from music is a physiological response. When you hear a song you like, your brain releases a chemical called dopamine that plays an integral role in all sorts of fundamental brain activities. This is the same chemical that your brain releases when you fulfill a physiological need like eating a meal or having sex. It's the same chemical you manipulate when you take drugs. For example, cocaine creates a sensation of intense pleasure by sustaining a flood of dopamine to your neurons. Music is kind of like that.

That means that music must serve some physiological function, but what it is remains somewhat mysterious. One possible answer is that it fulfills our fundamental need for human connection and communication. But all we know for sure is that music can get you high off your own dopamine in a similar way that food, sex and drugs make you feel pleasure. At raves, partygoers are simultaneously experiencing two or three of these stimuli at once — that's why ecstasy is the perfect drug for EDM concerts. If someone brought an eight-foot turkey sub to a crowd at Electric Daisy Carnival, people's heads might actually start exploding.

This has deeper implications, though. Like a drug, the satisfaction we derive from music is actually addictive and can lead us to obsess over a song and seek out other songs like it — that's why we tend to like genre groupings. The draw of music is so powerful that WikiHow even has a 12-step program to kick music addiction. But the enjoyment of music is universal. No matter what our taste or preference, we all feel the same pleasure when we hear something we like — it's a fundamental part of who we are. At least humanity can agree on one all-natural way of getting high.