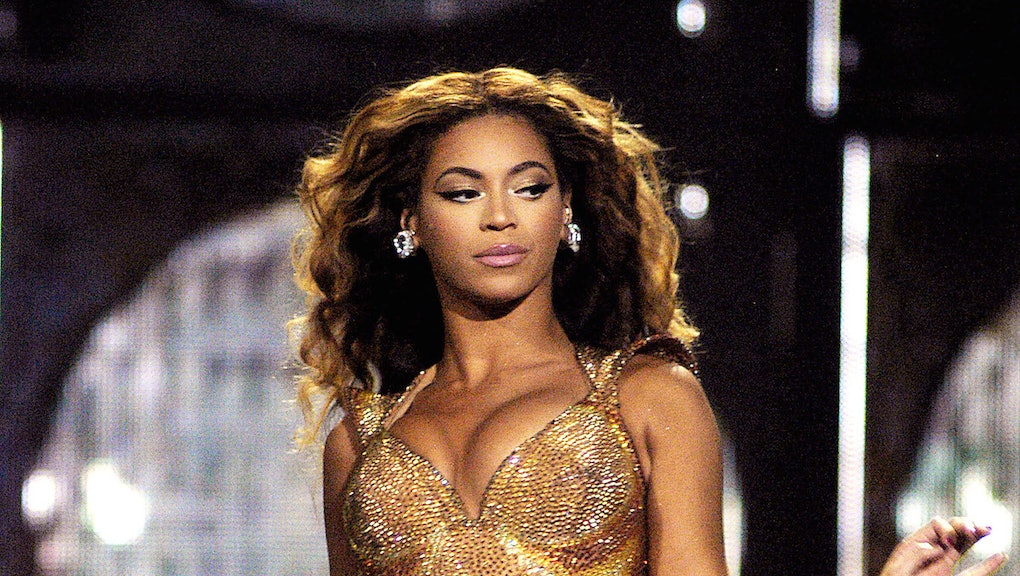 Beyoncé Just Gave Us the Best Reason to Love Her Yet

The golden goddess of pop music just gave us yet another reason to bow down: It turns out that she has selflessly and silently been a major provider for the homeless in her hometown.

Over the last five years, Beyoncé has given $7 million of her own fortune to fund a housing complex for homeless people in Houston. For those years, the Knowles-Temenos Place Apartments has quietly provided room and board for 43 previously homeless people, and Beyoncé hasn't once taken credit for it.

Beyoncé didn't even break the news herself. Instead, the noble gesture was just unearthed during an interview with Houston outlet KHOU, when Beyoncé's pastor, the Rev. Rudy Rasmus, said her kindness and generosity knows no bounds. Rasmus said it's a testament to the open-hearted and loving nature that Beyoncé has embodied since singing in the church as a young girl.

"She is an incredible human being, has an incredible heart, and has been extremely helpful in our ministry and our mission here," said Rasmus, who officiated Beyoncé's 2008 wedding to Jay Z. "She has a global platform and is doing some amazing work. I'm glad she's a friend of mine."

This isn't an isolated incident. Beyoncé uses her online platform not only to smash industry records or quickly sell out concert arenas, but also chiefly to amplify important philanthropic causes. Her Twitter account, opened in April 2012, has more than 13 million followers, but only shows eight tweets from the singer.

And virtually every tweet we've ever seen from Beyoncé has been about charity.

Her housing work is a part of that ethic. But she isn't only helping those who need it, she's also setting an example that the world needs now more than ever. In the past couple weeks alone, two particularly shocking acts of malice toward the less fortunate have made Beyoncé's stunning example all the more necessary:

In New York City, infamously fame-hungry Chinese millionaire and recycling tycoon Chen Guangbiao was panned after he threw what many outlets billed as a charitable luncheon for a couple hundred people at the Loeb Boathouse in Central Park. It was supposedly an attempt to model philanthropy for other wealthy people, but the event was a massive train wreck. Between his awful rendition of global aid anthem "We Are the World," and a botched attempt to give everyone envelopes loaded with $300 in cash, Chen basically gave us all a crash course in how to demean someone completely while trying to make yourself look good.

Around the same time, in London, both a luxury apartment company and a supermarket made efforts to "homeless-proof" their outdoor spaces, placing spikes to shoo away people who have no roof over their head. In a show of solidarity and protest over the acts' overt classism, activists in London poured cement over the cruel objects. And, in Vancouver, British Columbia, charity organization RainCenter Housing built benches functioning as makeshift homeless shelters, displaying messages such as this glow-in-the-dark one: "This is a bedroom."

That's why Beyoncé deserves praise for modeling what honest philanthropy looks like. All too often, people demean the less-fortunate for lacking the essentials of life. And even when many of the wealthiest among us try to help, it's for self-serving reasons. Beyoncé's quiet commitment to this community is what real philanthropy looks like. It's the best reason yet to love her.