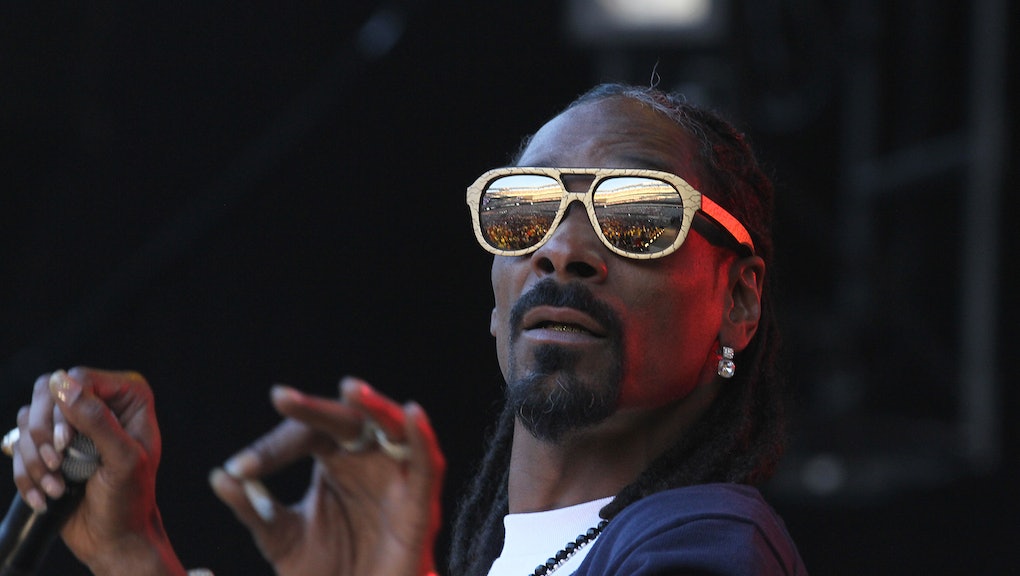 The news: Snoop Dogg hot-boxed a White House bathroom with some sort of vague approval from on-duty agents — or so he says.

In a clip from the rapper's online show GGN: The Double G News Network Snoop Dogg tells guest Jimmy Kimmel that he lit up one time in the White House. The exchange between the two does not confirm or deny the presence of President Obama or First Lady Michelle Obama. But Snoop Dogg claims that either "FBI" or "CIA" agents approved his request to smoke "something" in the bathroom to "get the aroma right." And so he went in and did so.

Snoop Dogg says, "So I said, 'Look, when I do the No. 2, I  usually, you know, have a cigarette or I light something to get the aroma right.' They said, 'You know what? You can light a piece of napkin.' I said, 'I'll do that.' And the napkin was this." [motioning inhaling from a blunt]

The Washington Post reported that Snoop Dogg, née Calvin Broadus, was at the White House in December before the Kennedy Center Honors. So there is at least an ounce of veracity to Snoop Dogg's claim, especially since the rapper has a reputation of lighting up frequently.

A coming change. If Snoop Dogg did smoke marijuana at 1600 Pennsylvania Ave., then he'd be violating federal district laws. However the tide is turning for Washington, D.C. Come November 4, a measure to approve marijuana legalization will appear on the ballot, though Congress — which has legislative control over the District — is trying to nix the plan.

In March, the D.C. City Council voted almost unanimously to decriminalize pot possession and consumption of small amounts of marijuana. But House Republicans later decided to block funding for this precise law. A petition of close to 60,000 signatures will ensure that an all-encompassing legalization measure goes up for a vote in November district elections.

Washington, D.C. residents support a legalization measure by a ratio of 2 to 1. And with President Obama encouraging marijuana legislation reform, it may not be that long before smoking marijuana on the White House premises becomes legal itself. Snoop Dogg may even find himself visiting a bit more often.