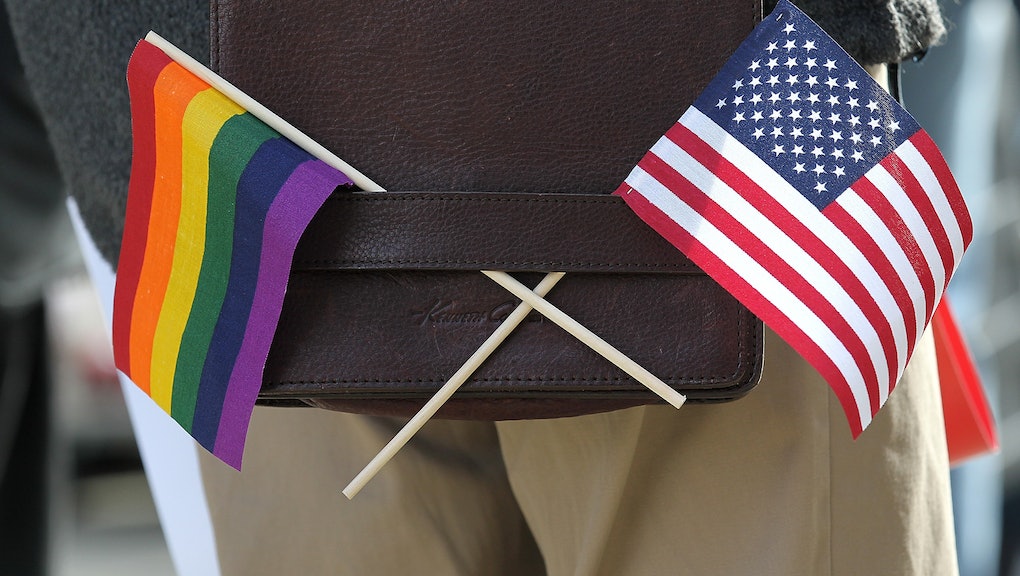 After Virginia became the latest state to strike down a constitutional ban on same-sex marriage, these were the words of Theodore Olson, one of the plaintiff’s lawyers, about the recent string of equality-related legal victories around the country.

He would know. Along with David Boies, the plaintiff’s other lawyer, Olson famously fought to overturn a ban on same-sex marriage in California.

The win in Virginia is a particularly big deal. It happened in a deep red state which has traditionally been a conservative stronghold. It also went against popular opinion: In 2006, 57% of the state’s voters supported a constitutional ban on same-sex marriage at the polls, which suggests the court saw the issue as one that overrode personal beliefs.

The ruling’s most crucial aspect, however, is its effect on the future of gay marriage at the federal level. As the Los Angeles Times notes, the Supreme Court will often observe how an issue — in this case, gay marriage — is progressing in the lower courts before deciding to hear a case itself.

Paul Neimeyer, one of three federal judges who presided over the case, joked during oral arguments in May that his courtroom was a “way-station” on the road to Washington (and the Supreme Court). Other legal experts, according to USA Today, believe that the Supreme Court will probably accept a case for a future term — either in October of this year or in 2015.

The high court made its historic ruling striking down DOMA in a similar fashion; that case, too, moved further and further up the legal ladder until it was upheld by a federal appeals court. After that — and this is where the Virginia case is at the moment — the Supreme Court decided to hear the case.

So, what’s next? The decision won’t take effect for 21 days to allow the possibility of a rehearing or a stay, which could again pave the way for a Supreme Court hearing.

Already other states are beginning to take notice. North Carolina, which is also affected by the 4th Circuit’s decision, announced today it will stop defending the ban. “There are really no arguments left to be made,” Attorney General Roy Cooper said in a press conference.

The takeaway: “Inertia and apprehension are not legitimate bases for denying same-sex couples due process and equal protection of the laws,” said Circuit Judge Henry F. Floyd. “Civil marriage is one of the cornerstones of our way of life.”

Olson said that the high court would likely side with the lower courts. Though we don't know if this will prove correct, it is all but inevitable that the national debate over same-sex marriage is finally coming to an end.