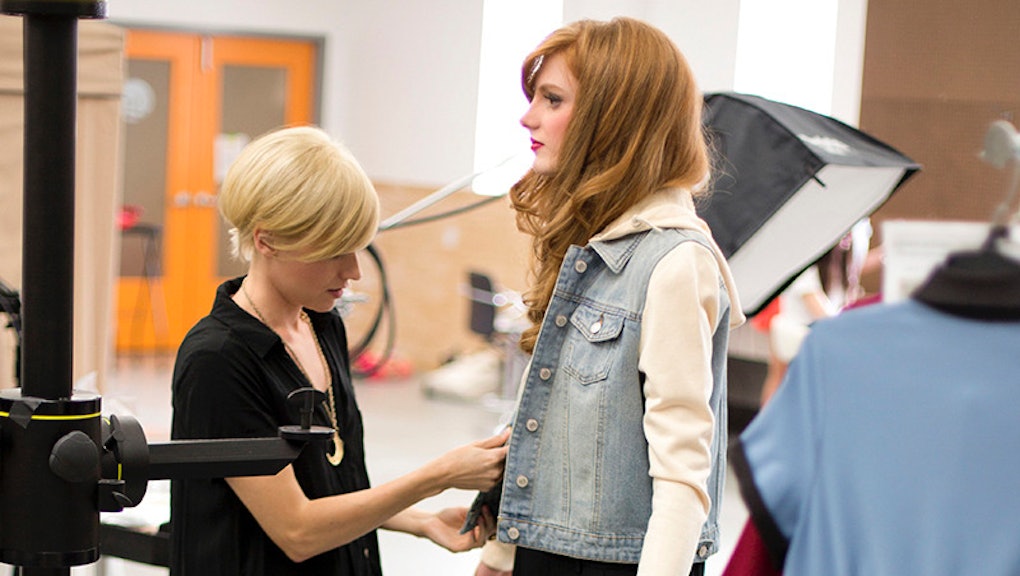 The news: For years, there has been a raging backlash against Photoshop culture. Yet the fashion industry has taken very few steps to address it — until now.

On Wednesday, online fashion company Modcloth became the first retailer to sign the Heroes Pledge for Advertisers. Their signature indicates a commitment to limiting the use of Photoshop on their models, and to clearly labeling images that have been airbrushed.

What does this actually do? The pledge falls under the Truth In Advertising Act, a bipartisan bill designed to ensure that companies don't use misleading language or images in their ads. While several magazines (Verily, Seventeen) and large-scale retailers alike (Debenhams, American Eagle) have made similar promises in the past, this will be the first anti-Photoshop pledge with actual legal teeth.

Why is Modcloth doing this? "Whether it was a cover star that looked unrealistic (often the work of an overzealous or sloppy photo editor), or simply a misrepresentation of the female form, retouched photos can often be difficult to visually digest. Maybe they upset you, cause outrage, or perhaps you just find them confusing to look at, either way, scads of companies and magazines have been guilty of taking this photo editing tool a bit too far," Modcloth wrote on its website on Wednesday, announcing its decision to back the pledge.

"It's easy for us to sign on to something celebrating real people," added Modcloth CMO Nancy Ramamurthi in a separate interview with Forbes, in which she called the company's decision a "no-brainer." She added, "When you see in the public this kind of change in attitude of embracing a company that does what's right, companies will make the shift."

Will this actually help? Photoshop is a practice deeply entrenched in the fashion industry and the mainstream media, and it will take a lot for companies and publications to stop doing something that has made a lot of money for them in the past. Still, Modcloth's decision might encourage others to take similar steps to limit the use of Photoshop, or at the very least, inform consumers when they are looking at airbrushed images.

If companies want to sell to real women, they can start by showing what real women actually look like.