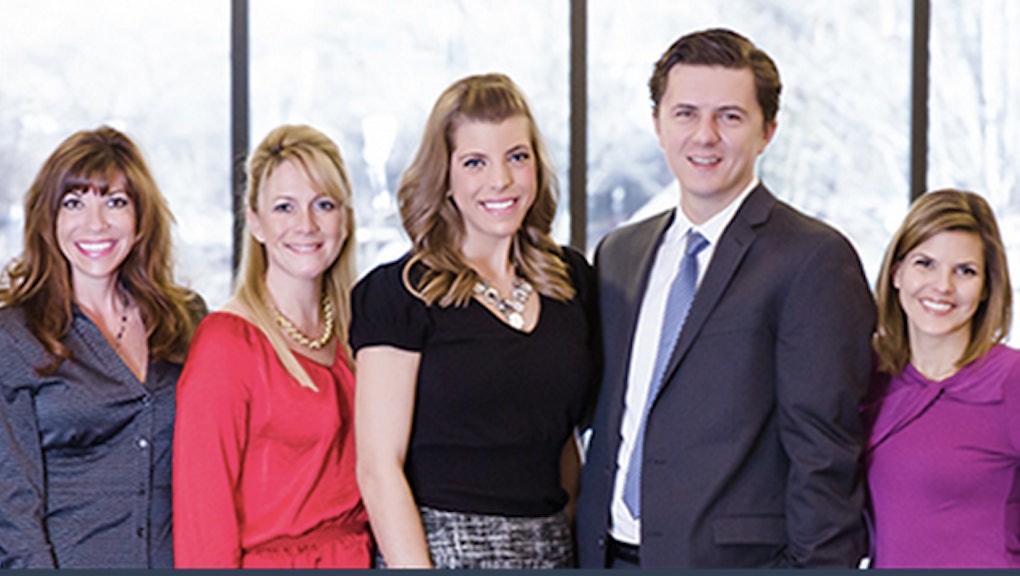 "There's not a racial divide in the city of Ferguson," Ferguson Mayor James Knowles said Tuesday in an interview with a completely baffled Tamron Hall, of MSNBC's NewsNation. "That is the perspective of all residents in our city. Absolutely."

In the wake of days of unrest and controversy, Knowles' statement rings hollow. Clearly, many of his residents feel differently, given the events — and their aftermath — that resulted in Knowles being on camera in the first place: the death of 18-year-old Michael Brown, who, unarmed, was shot 6 times and killed by a white police officer, Darren Wilson, on Aug. 9 during a stop for jaywalking.

The mayor's, as well as the city government's, ignorance reached a new, arguably parodic, level of irony that same day, however, when the city's media relations department hired a PR team to handle the city's media inquiries in light of recent civil unrest. Here's a photo of that PR team from a St.Louis-based company called Common Ground.

Apparently, in trying to counter suggestions that the city's government and police force is historically racist — with a police force that is 94% white despite a city population that is 67% black — has hired a team of seven white professionals to show how much racism is not a problem and how there is "no racial divide" there.

To quote the late feminist literary critic Barbara Johnson: "If I perceive my ignorance as a gap in knowledge instead of an imperative that changes the very nature of what I think I know, then I do not truly experience my ignorance."

Ferguson needs to prove that it is a city that represents the diversity of bodies and voices who make up that city. By hiring such a homogenous firm as Common Ground, Ferguson is, at the very least, implicitly minimizing the voices that are demanding to be heard — the ones across police lines, the ones who are tired of the systemic forms of prejudice imposed on them daily.

In "12 Ways to be a White Ally to Black People," The Root's Janee Woods writes that a white ally is someone who makes an effort to diversify the media: "Be intentional about looking for and paying close attention to diverse voices of color on television, on radio, online and in print to help shape your awareness, understanding and thinking about political, economic and social issues."

Woods' point is not that white people are unable to understand and speak about systemic racism and injustice, but rather that even the most intuitive people are not able to speak as or from the same position of those constituents. This is the difference: Instead of speaking for people, in a democratic and just nation, we should allow people to speak for themselves.

At this critical juncture, when racial tensions are not ameliorating but are growing — especially in light of another fatal shooting of a black man by a white cop, this time in North St. Louis, just outside of Ferguson — it is imperative that Ferguson's authoritative body take serious and permanent actions to both acknowledge that racism does exist in the city and that the city is working to systemically eradicate it.

Instead, it seems, the city of Ferguson has lost a golden opportunity to really learn from its ignorance.