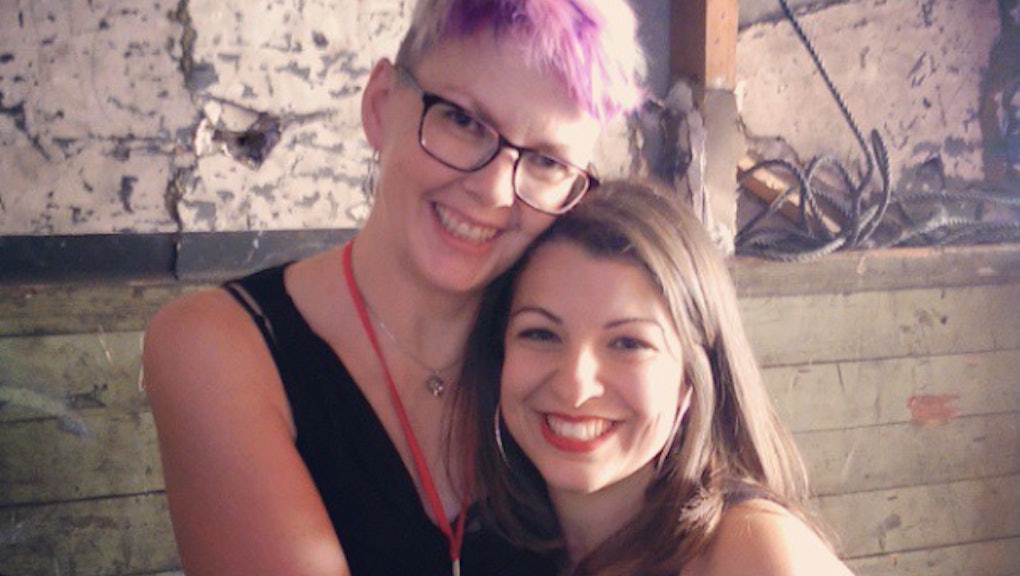 "One of the most radical things you can do is to actually believe women when they talk about their experiences," feminist gamer Anita Sarkeesian told the XOXO Festival audience in Portland earlier this week.

Sarkeesian made her first public appearance since threats against the activist and her family drove her into hiding last month. The creator and face of a popular Web series, Feminist Frequency's Tropes vs. Women, Sarkeesian tackles the use and abuse of women in video games. And all too often, she has found herself the victim of that same kind of abuse.

The constant accusations that her storyis false or fabricated are an attempt to redirect blame to her. Projection is one of the easiest ways of abdicating responsibility.

"We are blamed for the abuse we receive and regularly told that we are either asking for it or inventing it entirely," she said.

Her talk, and her bravery in just attending the conference to speak about her harassment, had a profound effect on the audience, who gave her a standing ovation.

Sarkeesian — who arrived at the festival with her own security — told the audience that harassment comes in many forms, some of which have been made all the more insidious because of their subtlety. The first, as the Verge explains, has been "online impersonation, in which trolls create lookalike accounts for her on Facebook and Twitter and have her say things that play on the fears of her misogynist critics." The second are the conspiracy theories that accuse her of making up the harassment for personal gain.

These two forms of harassment have exponentially increased the number of threats she has received.

"Falsehoods about me are initially pushed by detractors who use them to post to 4Chan and Reddit to rally more people to the cause," Sarkeesian said. "It's bouncing from Twitter to Tumblr to Facebook to YouTube and back again. Once the cascade reaches a critical mass, it no longer matters what the facts are. It becomes a viral meme."

Unfortunately, Sarkeesian is merely one example of what has become a deeply problematic trend in the gaming and tech industries.

"Complaints of anti-woman policies have plagued the heavily male tech industry," ThinkProgress' Lauren C. Williams wrote. "Tech and gaming circles have struggled to shed their reputations as boys' clubs that shut out and abuse women and minorities."

These boys' clubs have become breeding grounds for sexism and misogyny. Take the recent example of Brianna Wu, head of development at Giant Spacekat and a frequent target of abuse online. Wu receives so much harassment, she's actually compiled some of the most egregious examples as part of a video series, "Letters to Women in the Games Industry."

Perhaps one good thing to come out of Sarkeesian's appearance at the conference was the overwhelming support offered by those in the audience. At one point during her presentation, Sarkeesian asked the audience, rhetorically, where her "feminist army" was. The answer? Right there in the room with her.