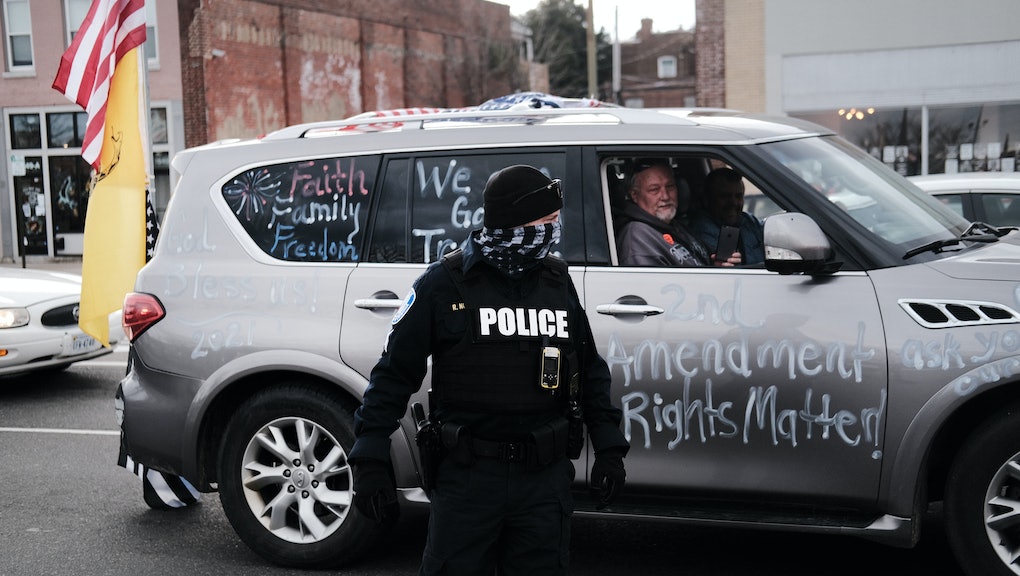 135 unarmed Black people have been fatally shot by cops in the U.S. since 2015, NPR found

The fact that there is no central database for police and prison stats makes it really hard for journalists to report on police brutality. Every police department in the U.S. keeps track of its own data, and individual police departments are notoriously resistant to sharing what happens inside. Basically, cops have constructed a not-so-thin blue barrier between police statistics and everyone who should have access to them — i.e., citizens. So, NPR did their own investigation into the fatal shootings of Black people by police in the U.S. since 2015, and the patterns they uncovered are terrifying.

The investigation, which was released Monday morning, uncovered that there have been 135 fatal shootings of unarmed Black people in the U.S. in the past five years. Unsurprisingly, 75% of the officers involved in these shootings were white. Unfortunately, most of us are sadly aware that unarmed Black people are often targeted by white cops; that’s not new. The unexpected data is that many of the officers involved in fatal shootings had more than one fatality on their record, NPR reported.

Furthermore, of the police who were involved in the shootings, only 30% ended up with judgments against them. What that means is that not only did these mostly white cops get away with killing unarmed Black people once, but in multiple cases, they got away with it several times and never faced any substantial repercussions. Dozens of the aforementioned officers had criminal records that should have precluded them from civil service in the first place. Additionally, several cops who had already been fired from one department for violent behavior — like domestic abuse — were rehired by other departments nearby.

Most of the offending cops had prior use of force complaints against them, and most were rookies, meaning that they had served less than a year on the force. So how do these cops get to keep their jobs? Police unions. In case you don’t know, cop unions are not part of the legitimate labor movement, but instead basically exist to protect cops from being held accountable for their actions.

And what about the targets of these fatal shootings? The 135 unarmed Black people, only some of whom we will ever hear about on the news? Well, while NPR methodically examined police and court records from around the country to gather their data, because the bureaucratic blue tape is so unwieldy, they were seemingly able to get even less information about the victims than they were about the cops themselves.

What we do know is that at least 18% of the unarmed Black people killed by police had mental health issues. Most of the shootings occurred in the South, with a whopping 25% of them happening in three states alone — Texas, Louisiana, and Georgia. The youngest person shot was a 15-year-old high school freshman, and the oldest was a 60-year-old man in Los Angeles. Cop bullets, apparently, don’t discriminate on age — even if they do on many other fronts.

More like this
All 4 officers involved in George Floyd's death will face federal charges
By AJ Dellinger
The push to legalize psychedelics has ignored Indigenous communities
By Suzannah Weiss
Ohio police have "run amok" in their dealings with protesters, a federal judge admitted
By Vanessa Taylor
Stay up to date