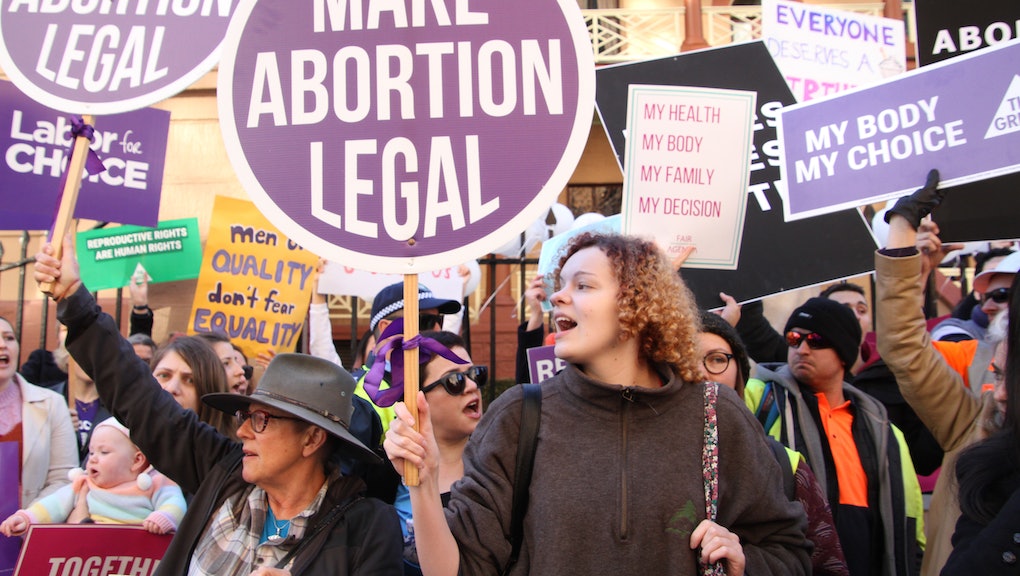 Attacks on reproductive access in the United States have become increasingly common, but politicians are now appealing directly to the Supreme Court. Over 200 Republicans are going after Roe v. Wade by asking the Supreme Court to reconsider the case. Their actions are spurred by a Louisiana abortion access law that will be heard in March.

Released Thursday, the amicus curie brief explicitly references the June Medical Services v. Gee case challenging a Louisiana law. Currently on hold pending appeal, the law says that abortion providers need to have admitting privileges at a local hospital. If upheld, many predict the law will led to the closure of two of the three abortion clinics left in the state. The case will be the first abortion-related case heard by the Supreme Court since Justices Brett Kavanaugh and Neil Gorsuch took the bench.

Although Roe is not explicitly targeted by the Louisiana case, lawmakers are bringing it up anyway. The brief argues that "Roe's jurisprudence has been haphazard from the beginning" and asked the Supreme Court if Roe "should be reconsidered and, if appropriate, overruled."

Advocates are not surprised that lawmakers invoked Roe in their brief. Brigitte Amiri, a lawyer at the American Civil Liberties Union, told CNN, "[A]nti-abortion politicians have always either taken direct aim at Roe v. Wade or attempted to push abortion access out of reach."

"Notably, this brief goes further than what the state of Louisiana has pushed by suggesting that Roe should be reconsidered even though the questions in the case don't directly raise whether Roe v. Wade should be overturned," Amiri said.

The push against abortion access is not new, of course, but the ways lawmakers are attempting to prevent access are becoming more creative. Part of that is a given, because Roe means states can only go so far in outright restricting abortions. As shown by Louisiana, instead of continuing to toe that line, states are finding other ways to target abortion.

That includes requiring doctors to perform medically impossible procedures, like reimplanting ectopic pregnancies, which is what Ohio wants to do. In addition, lawmakers may go after providers by making the job too complicated, like with Louisiana's extra legal tape, or too costly. For example, Pennsylvania lawmakers want to require burials or cremations for fetal remains, which could make costs too high for abortion providers to continue their work, or the costs to patients too high to ensure widespread access.

An overturn of Roe isn't likely to come out of the Louisiana case itself. The brief is concerning, though, because it may embolden the conservative-majority Supreme Court to not only reconsider Roe, but any other precedents related to abortion access.

More like this
Supreme Court justices' political leanings: A guide to the 2021 court
By Vanessa Taylor
Uber offered its drivers help with health care, but of course it was a mistake
By AJ Dellinger
Why are there protests in Colombia? How a tax proposal ignited decades of unrest
By Ray Levy Uyeda
Stay up to date