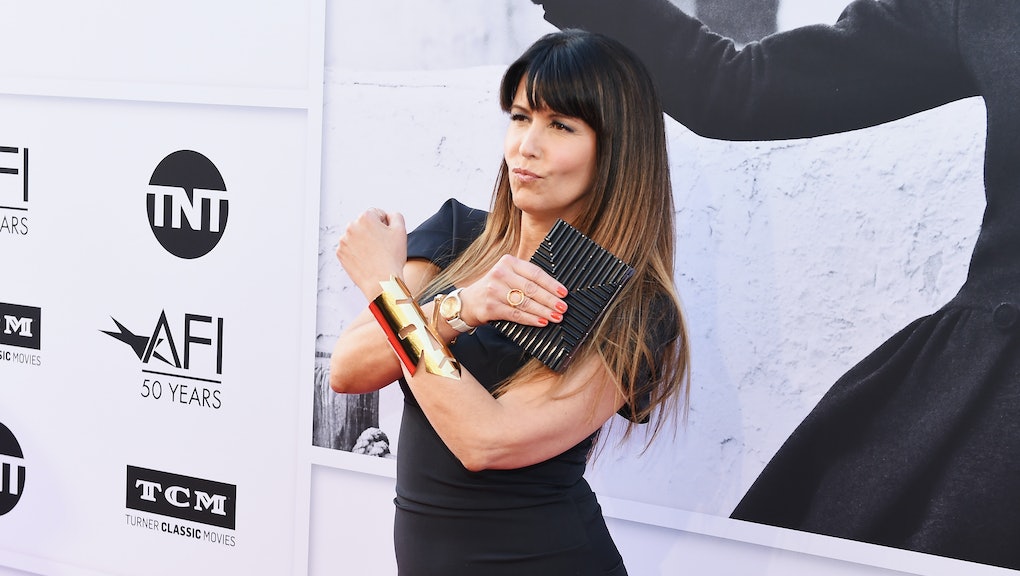 So there’s good news and bad news, folks. The good news is that a record-breaking number of female directors helmed Hollywood blockbusters last year — 16 percent were directed by women, up from a dismal 4 percent two years prior. The bad news is that (aside from 16 percent still being really low) even the buzziest female filmmakers face maddening roadblocks in their careers — as confirmed by Wonder Woman director Patty Jenkins, who recently detailed the “internal war” she waged with Warner Bros. to get her vision for the superhero franchise to the screen.

Firstly, let’s talk about gender diversity behind the camera, shall we? San Diego State University’s annual Celluloid Ceiling report indicates the gender imbalance is slowly but steadily improving: women directed 16 of the 100 highest-grossing films of 2020, up from 12 in 2019, and just 4 in 2018.

“We’ve now seen two consecutive years of growth for women who direct," Dr. Martha Lauzen, the founder of SDSU’s Center for the Study of Women in Television and Film, told The Guardian. "This breaks a recent historical pattern in which the numbers trend up one year and down the next. The bad news is that fully 80 percent of top films still do not have a woman at the helm.”

Even when women manage to break through the glass ceiling, they’re disproportionately sidelined. On a recent episode of Marc Maron’s WTF podcast, Jenkins revealed some of the roadblocks she encountered getting her vision for Wonder Woman to the screen. The director said her relationship with Warner Bros. dates back to 2007, a few years after she’d released her directorial debut Monster, for which Charlize Theron won an Oscar.

Jenkins turned down Wonder Woman in 2007, because she was pregnant. She returned to the project in 2011 and ran into creative differences with the studio: “Even when I first joined Wonder Woman, it was like, ‘Uhh, yeah, OK, but let’s do it this other way,’” Jenkins said. “But I was like, ‘Women don’t want to see that. Her being harsh and tough and cutting people’s heads off … I’m a Wonder Woman fan, that’s not what we’re looking for.’”

Warner Bros. parted ways with Jenkins and hired Michelle MacLaren to direct Wonder Woman instead. When things didn’t work out with her either, the studio came crawling back to Jenkins. “They came back to me a year later and said, ‘Do you want to do it your way?’ And boom, I just went and made the movie,” Jenkins said.

We all know the outcome: Wonder Woman was one of 2017’s biggest blockbusters, sparking a 2020 sequel (Wonder Woman 1984) and a third installment due sometime in the future — all helmed by Jenkins. Still, getting Warner Bros. to trust her with the franchise was an uphill battle that involved something like 30 different scripts. “There was an internal war on every level about what Wonder Woman should be,” she explained.

Here’s betting the Russo brothers didn’t get nearly as many notes on their vision for the Avengers: Infinity-Endgame saga. Just sayin’.

More like this
Miss Papua New Guinea's TikTok twerks aren't the problem — misogyny is
By Kara Weisenstein
Remote work has made things even harder for marginalized employees, says a new study
By Tracey Anne Duncan
Did Ta-Nehisi Coates troll Jordan Peterson in his 'Captain America' comic?
By Kara Weisenstein
Stay up to date