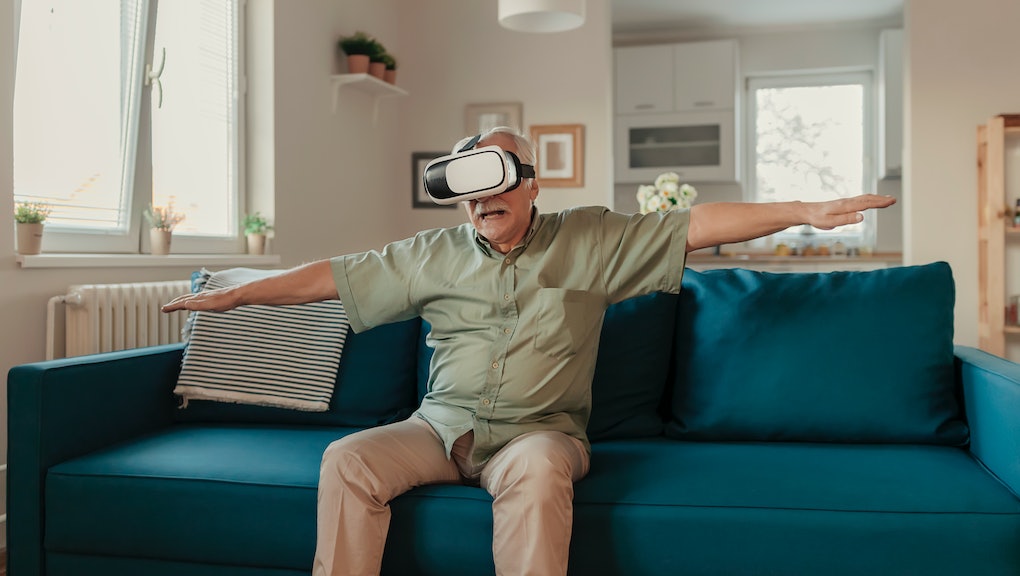 5 video games to make you forget the world is burning

Just because we're all holed up in our apartments alone for the foreseeable future doesn't mean game nights have to end. There are plenty of video games to play with friends online, and many of them don't require any high-end, fancy gaming equipment. So long as you've got a laptop with a mic, that'll work just fine. Just find a platform (console or computer) that everyone has and nab the same game for it.

Because there are an almost infinite amount of games out there, here are a selected few that seem particularly suited for these isolated times.

Overcooked! 2 is a self-described, "chaotic co-op cooking game for 1-4 players" that will very likely make you and your friends yell at each other. Everyone is a chef frantically trying to put together ingredients to make as many dishes as possible within a short time limit. The group gains tips when an order is correct and served on-time. The group loses tips if an order is wrong or served too slowly.

Each stage is purposefully crafted to force all players to cooperate with each other. For example, Chef 1 might have access to the cutting board, Chef 2 has two ingredients, Chef 3 has two other ingredients, and Chef 4 has the dishes and serving station. With a setup like this, any chef that stumbles could send the team scrambling, resulting in madness, laughter, and much shouting. The game can be a bit stressful for some but, thankfully, the stages are short and sweet — just enough to get you going 'whew' at the end.

Overcooked! 2 is available for the PlayStation 4, Xbox One, Nintendo Switch, and PC. If you’re playing this game on a computer, I highly recommend using a controller lest you break the keyboard.

All that chaotic cooking action can get overwhelming. Stardew Valley is a relaxing alternative to turn to if the heat of the kitchen becomes too much for the gang. This game is a unique, farming/country life simulator that centers on the idealistic dream of getting away from the city to grow crops and care for animals in the quiet countryside. If you and your friends are trapped in your apartments, this could be a great game to escape in.

The tranquil joy that comes from playing Stardew Valley lies in the little things you and your friends find fun. One person might enjoy dutifully tending to crops and turning them into food or preserves. Another might enjoy selling those preserves for mad money and upgrade the property as fast as possible like some agricultural tycoon. There's also plenty to do if anyone else prefers fishing, mining, exploring, or decorating. There's even benefits for someone who just wants to chill and talk with townspeople. The game keeps track of your progress through leveling up characters, and character relationships, which offers a pleasant sign of how far you've come since you started as a newbie.

Stardew Valley is available for PlayStation 4, Playstation VITA, Xbox One, Nintendo Switch, PC, and mobile devices. Multiplayer is not supported on mobile at this time.

When some people think of video games, their thoughts immediately turn to first-person shooters like Counter-Strike: Global Offensive (CS:GO). This game is a staple in the online shooter genre with plenty of competitive action and teamwork required. The basic instructions are fairly straightforward enough for a new player to jump into, too. Kill the opposing team, don't hurt your own teammates (or do, for laughs), and improve from there with new weapons or equipment. Best of all, it doesn't break the bank to try out the game — it's free to play on Steam.

The biggest reason I recommend CS:GO, however, isn't because of the base gameplay. It's because of the custom maps. These are stages created by users who have modified them for different types of gameplay or graphical changes. The alterations can be minimal, such as creating a beachside resort for a fight, or they can change the gameplay completely. There are maps that turn the game into a weird 'hide and seek' challenge where one team disguises themselves as random, inanimate objects to avoid death (called 'Prop Hunt'). Other mods have transformed the game into a first-person obstacle course simulator that makes everyone look like characters from The Simpsons. The possibilities, it seems, can be endless.

CS:GO and its custom maps are available on Steam for PC.

Here's something a little more hardcore. Monster Hunter: World (MH:W), and the Iceborne expansion, is an action-filled game that throws challenge after challenge at players. This is the game a group of friends turn to when they want to feel like badasses after taking down an enormous dragon. MH:W allows everyone to get immersed in a beautiful, nature-filled fantasy world where they are fearless human hunters able to handle any beast.

The game is notoriously difficult and requires keen eyes, or extreme luck, to bring down a monster. It's not advisable to run in and attack all at once because some beasts' attacks can take everyone out all at once. Each player has to, instead, understand and practice the weapon they're using to its fullest and use that to support the team in their own way.

MH:W is available on PlayStation 4, Xbox One, and PC. A controller is absolutely recommended if you're playing it on PC. A strong PC is also recommended due to the detailed graphics; this probably wouldn't play well even on low settings on a standard laptop.

All right, forget all the other video games. Maybe your friends want something more casual and closer to a traditional party game. Not a problem, the Jackbox Party Pack has you covered.

The Jackbox Party Pack series, with the latest iteration being Party Pack 6, contains multiple games for a group to play together. Each one is as easy to jump into as any other party game you've played in real life. And there's plenty of games to choose from, such as a game where your group has to guess who is the alien and expel them from the spaceship; a game where everyone has to pick the best made-up definitions for a made-up word; and even a group personality quiz where friends try to pick the responses that fit your personality best.

You can play with up to 10 people and invite up to 10,000 others to spectate. Jackbox Party Pack 6 is available on a crazy amount of platforms, including consoles, mobile devices, PCs, Amazon Fire TV, and Android TV.

There's still confusion over how long it will be before we can safely wander around with our fellow humans again. But don't let that thought get you down — enjoy some time with your friends online with a few games and remind each other that we're all in it together.