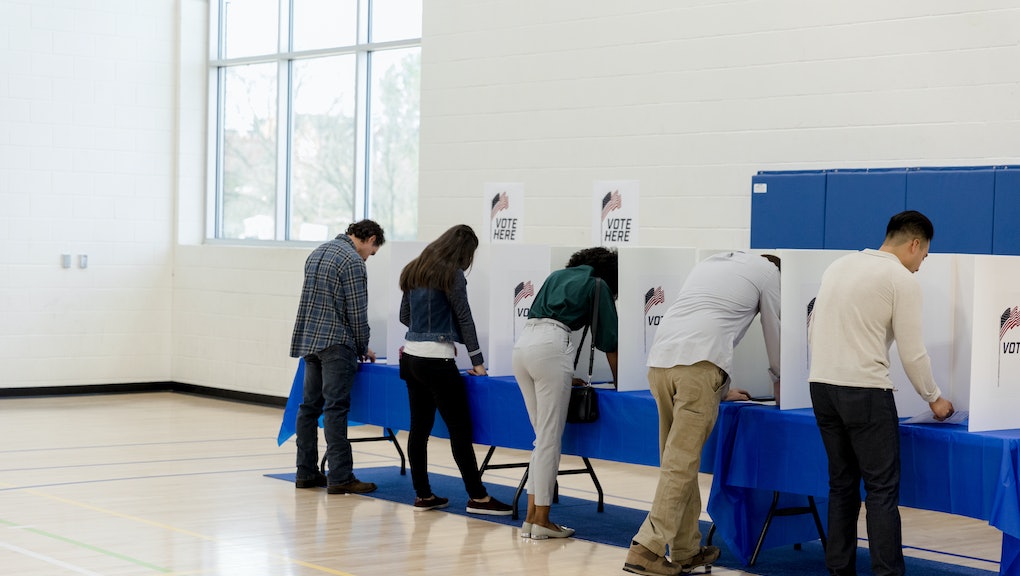 On Tuesday, March 3, voters in 13 states and American Samoa will cast their ballots for president in the Democratic primary elections. But just as important on Super Tuesday are the down-ballot races — contests for Senate and House seats. Several of these races are worthy of your attention even if you don't live in a Super Tuesday state, given that it’s members of Congress who are able to declare war, vote on a budget, and of course, impeach a president. Here are a few to keep your eye on.

Jessica Cisneros is a Justice Democrat candidate challenging incumbent Rep. Henry Cuellar. Cuellar is a Democrat, but he has an A-rating from the National Rifle Association, opposes federal funding for abortion, and voted to cut funding for Planned Parenthood.

The 28th District is solidly blue, so whoever wins the primary has a near-guaranteed win in November. This is a classic new vs. old Democratic fight — young progressives support Cisneros, who has pledged her support for the Green New Deal and Medicare-for-All, and promised not to take money from political action committees. More establishment-type Democrats, like House Speaker Nancy Pelosi and the Democratic Congressional Campaign Committee, are standing behind Cuellar.

Rep. Devin Nunes is an avid President Trump defender and worked to smear his fellow California congressman, Rep. Adam Schiff (D) during Trump's impeachment trial. Nunes and Schiff are the top congressmen on the powerful House Intelligence Committee and have battled several times during Trump's presidency.

Nunes is the incumbent in the agricultural GOP district, and in 2016, Trump won the area by 10 points. There are a few Democrats vying for his seat, including Phil Arballo, a Fresno financial adviser, who has said that the impeachment trial helped him with fundraising and made him a stronger candidate.

Former Texas Rep. Beto O’Rourke (D) surprised all when he announced his bid for Senate in 2018, and he surprised once more by running such a close race against incumbent Sen. Ted Cruz. When O'Rourke eventually lost to Cruz, he decided to run for president, but his campaign for the White House was short lived.

In another surprise, O'Rourke decided not to throw his hat in the ring for his state's 2020 Senate race. Incumbent Sen. John Cornyn (R) is up for re-election in his “toughest race yet,” as The Hill described it, and a number of Democrats are working to unseat him. One such candidate is Cristina Tzintzún Ramirez, who has been endorsed by Courage to Change, the political action committee headed by New York Rep. Alexandria Ocasio-Cortez. Also vying for the Senate seat is Air Force veteran MJ Hegar, who has the financial backing of the Democratic Senatorial Campaign Committee.

Whichever Democrat wins will go on to face Cornyn in the general election, where Democrats are hopeful for an upset, given that 30% of Texans disapprove of their current senator.

There are five Democratic and four Republican contenders for Senate in North Carolina on Tuesday. In 2014, incumbent Republican Sen. Thom Tillis won his seat after what was then the most expensive senatorial race ever. Tillis is a strong supporter of Trump who has criticized the Affordable Care Act and believes that human life begins at conception.

The two major Democratic candidates with a chance of beating Tillis, observers say, are Erica Smith, a progressive North Carolina state senator, and Cal Cunningham, a former North Carolina state senator and veteran serving in the Army Reserve. Cunningham is the favorite to beat out his fellow Democrats, given his successful fundraising efforts and high-profile endorsements. He raised $1.6 million in the last three months of 2019, while Smith raised just under $80,000.

In 2017, Democrat Doug Jones, a lawyer by trade who most famously prosecuted the Ku Klux Klan for the 16th Street Baptist Church bombing, clinched a surprising victory in the deep-red state's Senate race due to a claims that his opponent, Roy Moore, was a sexual predator. Jones was also significantly lifted by Black women, who came out to vote in droves.

Moore is running once again for the Alabama seat, as is Trump's former attorney general Jeff Sessions, who originally held the seat before vacating it to join the Trump administration. Tuesday’s election is largely a test of whom the Republican establishment believes can beat Jones this fall, in the effort to maintain Republican control of the Senate.

California Rep. Katie Hill resigned her seat last year, after controversy exploded over her personal life that involved alleged victimization and revenge porn by her ex-husband. There are two elections for Hill’s seat, one for the right to finish out her current term, and another for the term starting next year. There are 13 Democrats running in the primary, which is muddling a race that Democratic officials would rather have been a clear win for Christy Smith, a California state assemblywoman. Smith has a number of high-profile endorsements, including from California Gov. Gavin Newsom (D), the Los Angeles Times, EMILY’s List, and Planned Parenthood.

More like this
The Chauvin trial is incapable of delivering real justice
By Vanessa Taylor
What is court packing, and why are Democrats suddenly so into the idea?
By Ray Levy Uyeda
Why grand jury proceedings are so secretive
By Vanessa Taylor
Stay up to date