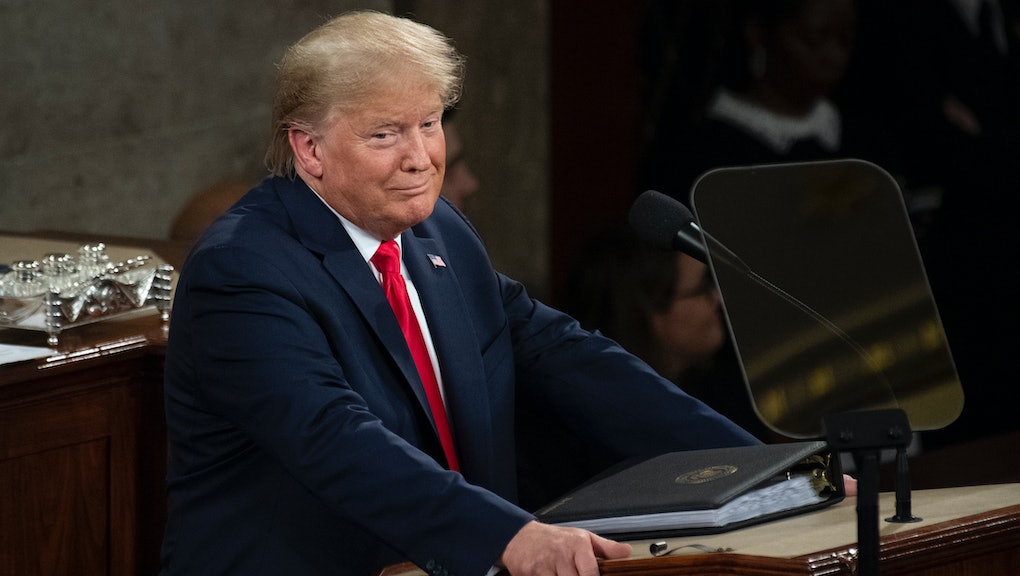 Trump's acquittal vote throws his presidency into a new phase

On Wednesday afternoon, shortly after 4 p.m. ET, President Trump entered a new phase of his presidency: the acquitted phase. Despite Utah Sen. Mitt Romney's decision earlier in the day to announce he'd break rank with his fellow Republicans and vote to convict Trump on one article of impeachment, the acquittal vote that officially ended the impeachment trial was long a foregone conclusion. Trump would be impeached, he would be acquitted, he would remain in office. We've known this.

But to make it official, senators stood at their desks and one by one shouted "guilty" or "not guilty" in the echo of the Senate chamber to indicate their vote. First up was the charge of abuse of power, the one on which Romney said he'd vote to convict. His vote, shouted into the chamber at 4:16 p.m. ET, made it the first time in history that there'd been a bipartisan vote to convict a president facing impeachment. It was one vote, though, and it was hardly enough.

Trump was acquitted of abuse of power in a 52-48 vote. On the second charge, obstruction of Congress, he was acquitted 53-47, with Romney joining the rest of the GOP caucus. There were only a handful of votes ever in doubt to begin with, and at one point there was a question as to whether some Democrats might flip to vote for acquittal as well. In the end, all voted to convict.

The rhetoric that's been tossed around since House Democrats began their impeachment inquiry in September can be broken down into a few categories: "dangerous precedents" that could be set; the voters whose ballot-box rights could be infringed upon; hypothetical ways a famously incurious and unashamed man could evolve in the presidency after facing removal from office. Let's all remember that this started with a phone call with Ukraine, that he has repeatedly insisted was "perfect" even as his statements on what the call's purpose was, what was discussed on the call, what precipitated the call, and every other contextual factor have changed over and over.

So now, we've entered another inevitable phase of the Trump presidency. There was Trump Is Now President And We're Outraged; Trump Is Shredding Norms; Trump Is Under Investigation and Annoyed About It; Trump Is Really Not Eager For You To See His Financial Records; Trump Is Impeached.

Now, we're in Trump Is Acquitted. The Democrats deployed their strongest tool to remove the man from office, and they fell short. And while 11 people are still running to be the Democratic Party's standard-bearer this fall, it's more clear than ever now who runs the Republican Party. Donald Trump.

More like this
Um, Biden's big immigration deal seems pretty similar to Trump's
By AJ Dellinger
Nearly half of Asian Americans have experienced at least one racist incident, per a new survey
By Rafi Schwartz
John Cornyn is either incredibly dumb, incredibly craven, or incredibly both
By Rafi Schwartz
Stay up to date