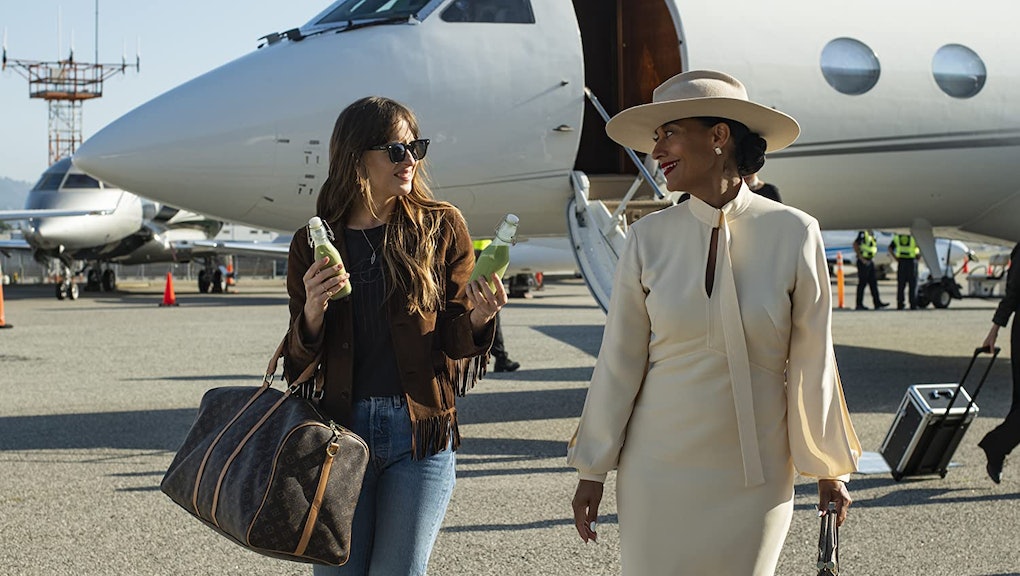 Movie theaters are still mostly shuttered. But there are new movies you can stream on demand now. And while a handful of cinemas in places like Texas and Georgia are trying out socially-distanced moviegoing, it’s hard to imagine people flocking to spend a couple hours in a confined space shared with strangers anytime soon.

Plus, it’s not like theaters have any new movies to screen. When the coronavirus pandemic swept the globe, studios postponed their major releases or otherwise pushed movies that’d normally be in theaters right now straight to premium video-on-demand.

Universal Pictures led the charge in mid-March, making new releases like The Invisible Man available as at-home rentals for $20 a pop. This proved to be a pretty fruitful quarantine business strategy; Universal’s Trolls World Tour, which bypassed theaters altogether and went straight to PVOD in early April, raked in an estimated $100 million in its first three weeks.

Now, AMC Theaters is beefing with the studio for saying they’ll probably keep releasing new films in both formats — on the big screen in theaters and on-demand at home. The cinema chain is threatening to boycott future Universal films. It’s a dramatic mess that comes at a time when movie theaters already have a fight for survival on their hands post-pandemic.

The majority of people will keep watching movies on their TVs at home for the foreseeable future. But luckily, now is a fabulous time to do so, since so much sparkly new content has dropped early on streaming these past few fraught months. Here’s a roundup of new releases on PVOD worth spending some of your stimulus check on.

This stylish adaptation of Jane Austen’s beloved comedy about young love has earned raves from critics and viewers alike. It’s about a young woman named Emma Woodhouse (played by Anya Taylor-Joy) who can’t help but meddle in the romances of her friends. Emma is currently $14.99 on Prime Video, YouTube and Google Play.

Warner Bros.’ highly-styled Harley Quinn sequel, Birds of Prey, was a box office disappointment. The film hit PVOD services in late March, and audiences didn’t prove willing to shell out $20 to watch it at home, either. Warner Bros. slashed the rental price of Birds of Prey after just two weeks. It’s now on Amazon Prime for $3.99 and others for $5.99.

This Sundance award winner, about a pregnant teen traveling across state lines to New York City to obtain an abortion, began a theatrical run on March 13. Faced with theater closures, it was rushed to digital and released April 3. It’s available for $19.99 on the major streamers.

Even though it only haunted theaters for three weeks before the coronavirus shutdowns, The Invisible Man was a box office hit, making over $100 million in ticket sales worldwide. The Universal thriller was available on PVOD for $19.99 early on in the pandemic, but it’s unavailable currently. It should be back on Prime Video, iTunes, et al for $14.99 starting May 12.

Lots of reviewers called this British crime comedy starring Matthew McConaughey as a weed mogul a “return to form” for Guy Ritchie — though most conceded it’s no Snatch. Anyhow, though The Gentlemen got a theatrical run in late January, it’s been enjoying a PVOD revival, topping the iTunes charts in late April. It’s available on all the platforms for $4.99.

This festival hit with a Harvey Weinstein scandal-inspired plot, starring Ozark’s Julia Garner, is also proving to be a PVOD sleeper success. It’s $5.99 on streaming.

Vin Diesel’s latest high-octane action flick had a truncated run at the box office — it debuted March 13, a few days before most of the country shut down. It’s now on Prime for $4.99 and the other platforms for $5.99. The plot sounds completely unhinged: After he and his wife are murdered, marine Ray Garrison is resurrected by a team of scientists and becomes a superhuman, biotech killing machine out for revenge… Woof.

This music biz drama starring Tracee Ellis Ross and Dakota Johnson was supposed to hit theaters May 8. Obviously COVID-19 threw a wrench in its rollout. Universal made the decision to bypass cinemas altogether and release The High Note on PVOD on May 29, where a rental will likely cost $19.99.

The King of Staten Island (June 12)

Ditto to this Judd Apatow-produced comedy starring Pete Davidson, also from Universal. The King of Staten Island, which is inspired by Davidson’s life, was slated to debut at SXSW. After the festival was cancelled, it got shifted to a PVOD release date in mid-June.