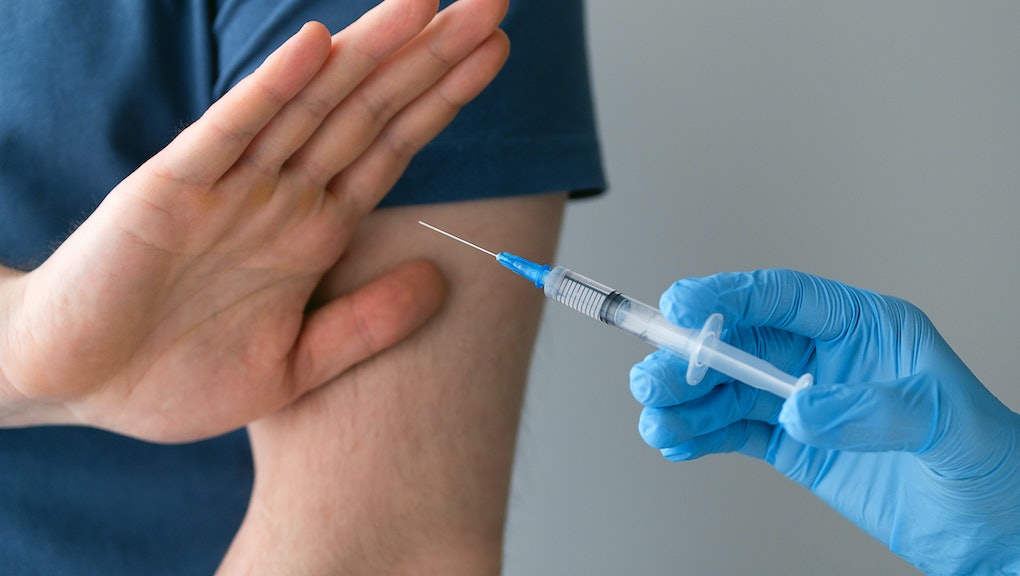 A bogus group of "frontline doctors" is pushing anti-vax propaganda

As the United States and the rest of the world races to vaccinate as many people as possible in hopes of being able to quell the coronavirus pandemic that has plagued the planet for more than a year now, the anti-vaccination movement is working to actively damage future public safety efforts. According to a report from Vice, legislators in at least five states have introduced bills that capitalize off misinformation and conspiratorial concerns raised over the coronavirus vaccine to try to forbid vaccine requirements and thwart any form of documentation of inoculation, including so-called vaccine passports.

According to Vice and local news accounts, versions of these bills —which are often referred to as a "Vaccine Bill of Rights" — have cropped up in Wyoming, Kansas, Missouri, Minnesota, and South Carolina. A report from a local Fox affiliate news station in Michigan suggests that the idea has started floating around in that state as well, though no formal legislation has been proposed. The bills vary slightly and seek to do a variety of things, but mostly they set out to squash any requirement to receive a coronavirus vaccine. The proposed laws would bar any employer, including hospitals, from requiring their employees to get vaccinated, and would forbid schools from requiring children get the shot in order to return to in-person learning. They also seek to ban any form of the "vaccine passport," citing personal privacy concerns.

There's a reason that these bills are popping up seemingly simultaneously, and with very similar text and near-identical goals: They all seem to be based off the same document, a boilerplate bill published by a group called America's Frontline Doctors. The text, published in January, is so ready-made for state legislators to adopt it that it opens with the line, "A memorializing resolution for the State of [INSERT STATE]." The legislative copypasta goes on to misleadingly call coronavirus vaccines "experimental," and implies that requiring anyone to get the shot would be a violation of the Nuremberg Code, which was designed to protect people from involuntary medical experimentation.

The thing about America’s Frontline Doctors is that it's not actually a group made up of frontline medical workers, as the name would suggest. Instead, it's a far-right group formed by anti-vaccine activist Simone Gold. If the name sounds familiar, it's likely because of the attention-grabbing press conference the group held in the summer of 2020. Speaking in front of the Supreme Court building, a group of 10 doctors associated with America's Frontline Doctors shilled for hydroxychloroquine, touting it as a cure for coronavirus. One doctor even claimed to have cured hundreds of patients using the drug.

Of course, none of this was true, and a MedPage Today investigation into members of the organization found no evidence that any of the doctors actually worked on the "frontlines" to combat coronavirus. Oh, and just for good measure, Simone Gold got arrested for participating in the Jan. 6 insurrection attempt and had apparently made her way inside the Capitol building.

It's easy to dismiss the Vaccine Bill of Rights as the work of a fringe group that will likely be dead on arrival in most statehouses across the country. But the fact that these texts are finding an audience at all, let alone among people with the power to make laws, is troubling. It provides legitimacy and opens the door for further misinformation and potentially harmful legislation that does a better job of hiding its conspiratorial origins.

More like this
Remember the vaping crisis? Well, it hasn't gone anywhere
By Melissa Pandika
Could COVID-19 lead to erectile dysfunction?
By Melissa Pandika
How scientists detect COVID-19 variants before they wreak havoc
By Darwin Bandoy and Bart C. Weimer
Stay up to date