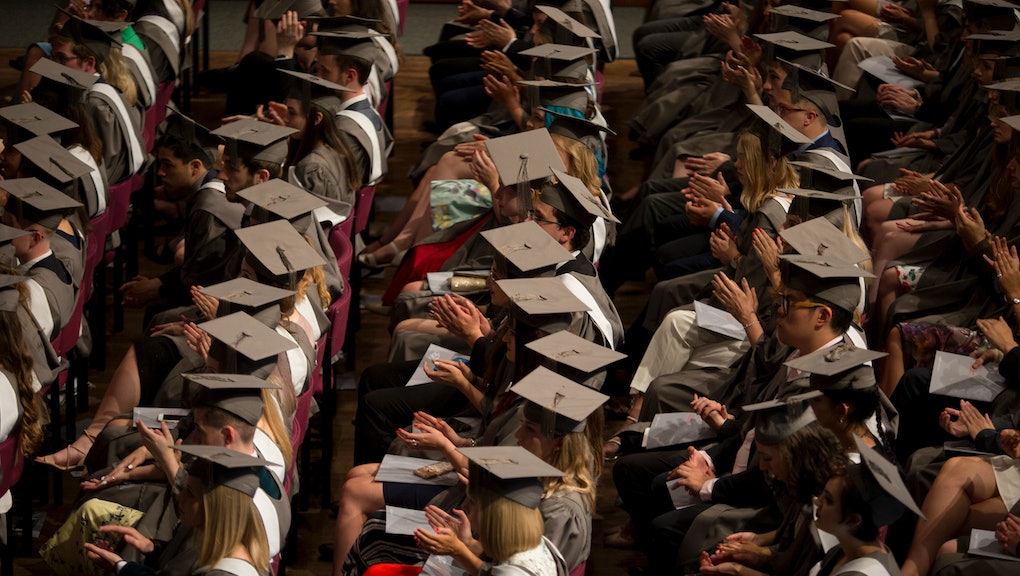 Student loans currently account for around $1.6 trillion in debt in the United States, affecting some 45 million people and outpacing every other form of loan debt in the country, except for mortgages. Student loan debt is a massive and financially crushing crisis in the U.S., and it's also one that's been exacerbated and complicated by the ongoing coronavirus pandemic — even as some advocates and policymakers see COVID-19 as an opportunity to ease the burden of debt that's shouldered by so many.

For others, though, the brief respite from loan payments granted during the pandemic is nearing its end — or, at least, it could be, according to a host of liberal-leaning think tanks, including the Center for American Progress and New America. This week, the two organizations published an unsolicited joint memo describing how the Biden administration could begin collecting student loans again as early as this coming September.

"We outline recommendations for concrete steps that [the Department of Education] and [Office of Federal Student Aid] can take before the payment pause ends to ensure all borrowers can transition successfully back into repayment," the groups write in their proposal, obtained this week by The Intercept.

"We are encouraged by the inclusion in the American Rescue Plan of $91.1 million for student aid administration, which will help enable [the Department of Education] to implement key strategies for successfully transitioning borrowers back into repayment," the memo continues. "We urge ED and FSA not to delay and to take full advantage of the next seven months to implement these recommendations."

The memo ostensibly aims to get ahead of what the coalition of left-leaning groups — including the Center for American Progress, helmed by Neera Tanden, whom President Biden nominated to head his Office of Management and Budget before she ultimately withdrew amid fierce criticism and long odds of confirmation — see as a potential looming crisis when the current pause on student loans is lifted.

"The impending transition out of the repayment pause is an unprecedented challenge for the Education Department (ED), the Office of Federal Student Aid (FSA), and its contracted loan servicers," the memo claims. "In fact, recent survey work indicates that as many as 9 million borrowers could reach out for help at the same time, potentially overwhelming the system."

The sudden return to regular student loan payments would, indeed, likely represent a serious shock to a nation still figuring out how to fully extricate itself from a pandemic-induced financial crisis. But the think tanks' memo also runs thematically counter to the growing calls from the Democrats' progressive wing to forgive some, if not all, student loan debt entirely. Biden, for his part, has steadfastly rejected calls to forgive anything more than $10,000 in student loan debt — a sum CAP noted to The Intercept that it, too, supports. Senate Majority Leader Chuck Schumer, hardly a progressive firebrand, has pushed Biden to raise that sum to the much more substantial $50,000.

But the back and forth negotiations over if — and how much — student loan debt should be forgiven, and how best to start collecting money from indebted students in the meantime, is hardly the sort of decisive action that progressives hoped could grow out of the opportunities afforded by the pandemic's upending of so many existing financial systems. And progressives aren't alone. Despite CAP's insistence to The Intercept that the memo is "not intended to encourage starting repayment," it's hard to imagine the majority of the country that supports abolishing student loan debt entirely is going to see it that way.

More like this
Guess how much Trump's companies made during his presidency!
By Rafi Schwartz
As Biden nears an elusive infrastructure deal, Trump is saltier than ever
By Rafi Schwartz
Biden's idea of filibuster reform is to bring back painfully long and boring floor speeches
By Vanessa Taylor
Stay up to date