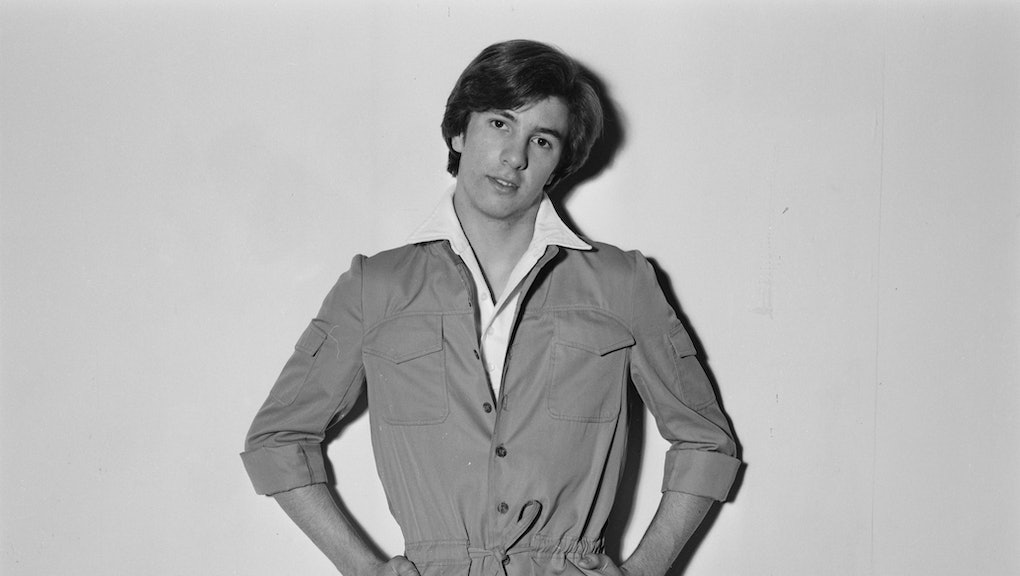 A fond farewell to RompHim, the viral jumpsuit for men

In the summer of 2017, a company named RompHim proposed a novel idea. Rompers — those one-piece outfits designed for women who are either too busy to pick out two different items of clothing or who love getting all the way naked when they go to the bathroom — could be made for men. The needle of progress moved another inch forward.

At first, most people seemed to approach the RompHim with the kind of ironic viral interest that has become all too common. RompHim was ridiculous, and therefore deserving of ridicule, but it was also quite fascinating. Would men begin wearing colorful one-pieces? Perhaps. The modern popularisation of the garb was Winston Churchill, after all. Within a few weeks, the ridicule abated, as those loudest about how silly the workwear-like one-pieces were, became the people wearing them. Then, like bad politicians and racist teenagers, they were everywhere.

The RompHim likely flooded your Instagram feed, outfitting influencers and your friends who either lacked or had entirely too much hubris. There were think pieces about the RompHim, about the expressions of masculinity it allowed for and subverted, about what clothes can do and represent. Mic even interviewed the co-founder, Daniel Webster-Clark, who said the goal of the brand was to “continue to push the boundaries of conventional fashion, both within and outside of menswear.” Webster-Clark was branding the romper for men as the future of menswear. There wasn’t a consensus on if the rest of us were taking that proclamation seriously.

It’s not even like the RompHims were ugly. There were plenty of people who wore them and wore them well. The was a variety of sizes, prints, and even a jumpsuit version. Sure sometimes they seemed to take the “Frat Bro at Brunch in Murray Hill” vibe to previously unseen levels of douchebaggery, but for the most part, it was simply another outfit option. The RompHim was especially popular amongst gay men, and the company had an entire Pride section on its website.

This was well documented in Mel Magazine, where the rise and fall in the jumpsuit’s popularity was presciently assessed six months ago. Of particular note was that other brands were able to replicate the romper without so heavily relying on a gender binary branding tactic. The workman style rompers could just be made in men’s sizing. No need for the reductive “RompHim” labeling. And most other companies weren't setting the price so high: RompHim jumpsuits ran at around $150.

When RompHim announced the end of their company on February 13, it really came as no surprise. In a screenshot of a statement posted to Twitter, the RompHim founders bid farewell to their customers, writing that they “had an amazing run, but its time to close the doors.”

For months, they were running a Black Friday sale: 75% off the entire site. Eventually, they ran down their merchandise to just two jumpsuits, a salmon-colored one and a blue camouflage printed one.

The death of RompHim cannot be considered a surprise, and not only because the last six months have been a steady march to their obscurity. It was a brand that relied exclusively on novelty and virality, both of which wear off rather quickly. Without building a customer base that was there for more than a photo-op, the company didn’t have much to stand on. RompHim has 16,000 followers on Instagram, more than ten thousand less than their (equally pricey) competitor RomperJack, which is basically the same company though there’s not as much of a gendered emphasis.

Unlike other viral objects of scorn, there was no second act for RompHim. A racist teenager gets a Today Show appearance. A bad politician runs for president. There’s not even an opportunity to milkshake duck this company, because the worst thing about it was it’s "made for Men" branding in the first place. There’s no controversy to be uncovered. RompHim wanted to make manly rompers. That was their genius and their sin. There was nothing else RompHim could do to ignite discussion, other than fail. So here we are.