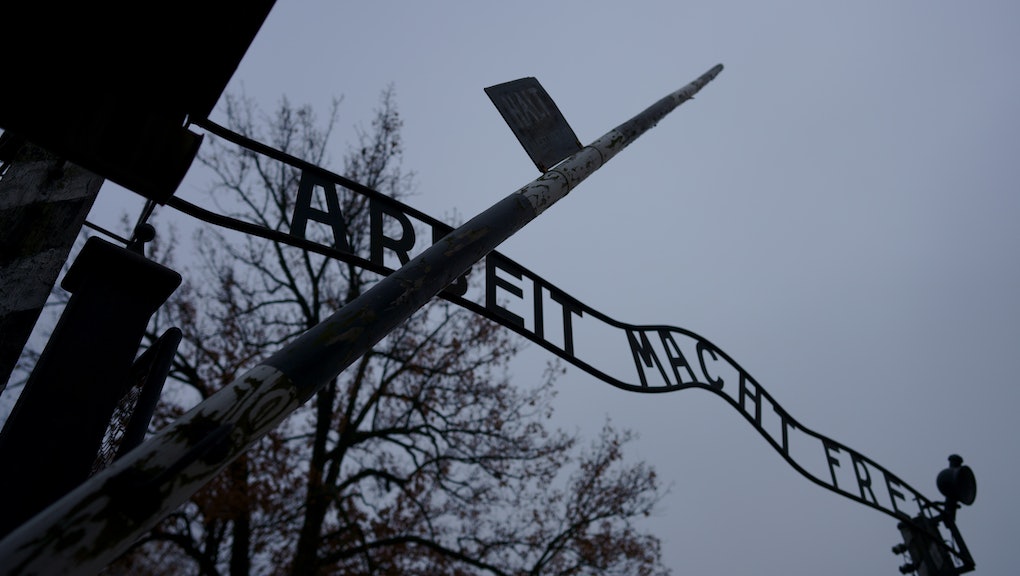 One of the most frequent refrains to come out of the post-Holocaust era is to "never forget" the atrocities committed by Nazi Germany. The mantra serves as both a promise to enshrine the memories of those murdered in the concentration camps and by Nazi death-squads, as well as a vow to see that such horrors don't happen again.

But according to a new survey, a staggering number of millennials and members of Gen Z are seemingly ignorant of what made the Holocaust such a significant abomination in modern history — or that it even took place at all.

The U.S. Millennial Holocaust Knowledge and Awareness Survey, a groundbreaking study conducted across all 50 states by the Conference on Jewish Material Claims Against Germany, found that a sizeable majority (63%) of respondents aged 18-39 were unaware that 6 million Jews were murdered during the Holocaust, while more than a third believed the number to be fewer than 2 million. Moreover, nearly half of respondents couldn't name a single Nazi concentration camp, while just 56% were familiar with Auschwitz — a camp where as many as 1.1 million people died. (The next most recognized concentration camp, Dachau, was identified by only 6% of respondents).

Perhaps most alarming of all is the finding that more than 10% of millennials and zoomers believe that Jews themselves caused the Holocaust — a figure possibly linked to the nearly half of respondents who claimed to have personally witnessed Holocaust denial or distortion online. For example, in April, the anti-extremist Institute for Strategic Dialogue concluded that Facebook's proprietary search algorithm "actively promotes" Holocaust denial content across the platform.

"Not only was their overall lack of Holocaust knowledge troubling, but combined with the number of millennials and Gen Z who have seen Holocaust denial on social media, it is clear that we must fight this distortion of history and do all we can to ensure that the social media giants stop allowing this harmful content on their platforms," Claims Conference Vice President Greg Schneider said in a press release accompanying the publication of the survey. "Survivors lost their families, friends, homes, and communities; we cannot deny their history."

Earlier this year, the Pew Research Center released its own study of Holocaust knowledge and attitudes among American adults, finding that while an overwhelming majority understood the connection between the Holocaust and Nazi Germany's planned persecution and eventual execution of European Jewry, far fewer were able to correctly identify more specific data points — such as number of Jews killed and key terminology — on the subject.

"The results are both shocking and saddening and they underscore why we must act now while Holocaust survivors are still with us to voice their stories," Claims Conference President Gideon Taylor said in the press release. "We need to understand why we aren’t doing better in educating a younger generation about the Holocaust and the lessons of the past. This needs to serve as a wake-up call to us all, and as a road map of where government officials need to act."

More like this
New York has set aside a massive, first-of-its-kind fund for undocumented workers
By Rafi Schwartz
Georgia's voter suppression law is bad, Coca-Cola and Delta have finally decided
By Rafi Schwartz
Jailhouse lawyer Johnnie Cook is fighting for pandemic justice
By Mai Tran
Stay up to date