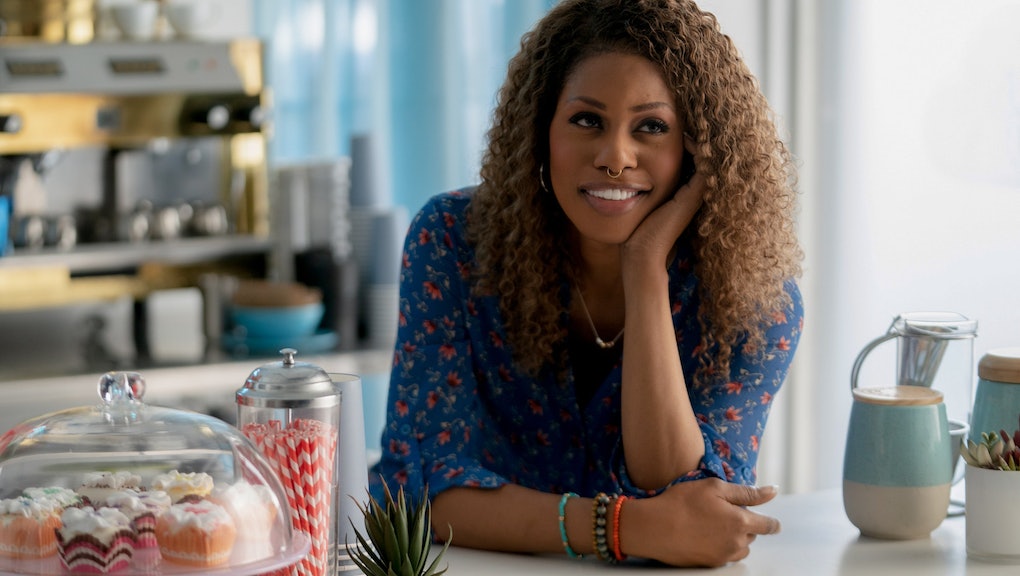 When the Italian-language trailer for Promising Young Woman debuted on May 6, fans of Laverne Cox were shocked to hear her character had been dubbed with a masculine voice. Universal Pictures Italy had hired voice actor Roberto Pedicini to play her character, Gail, opposite Carey Mulligan's protagonist Cassie, The Guardian reported. The blatant misgendering of one of the world's most famous transgender female actors infuriated Cox's supporters, who immediately took to social media to put the studio on blast.

"A cis man has been chosen to dub Laverne Cox in Italian. This can’t keep happening. Sick and tired. There must be something we can do," one person tweeted, according to The Independent. Another exasperated fan reportedly wrote: "So in the Italian dub of Promising Young Woman, Laverne Cox is apparently dubbed by a man. The same was done with her role on Orange Is The New Black. This is so transphobic, it’s actually ridiculous."

They're right: It's hardly the first erasure of Cox's femininity in European cinema. Italy previously cast male dubber Andrea Lavagnino to voice Cox's OITNB character, Sophia Burset. Lavagnino was also hired to dub Cox's roles on The Mindy Project and the short-lived legal drama Doubt. Cis men were also cast to dub Cox in Promising Young Woman in Spain and Germany, according to The Guardian.

Italian trans actor and voice actor Vittoria Schisano had strong words for the film executives responsible: "I think this dubbing choice was a straight-up act of violence," Schisano told The Guardian. "It’s insulting. I’d feel bullied if I were [Cox]." Schisano said she doesn't know of any other trans voice actors in Italy, but she wasn't even asked to read for Promising Young Woman, even though she'd dubbed Cox for the Netflix documentary Amend: The Fight for America. She also voiced trans character Natalie on Big Mouth.

For what it's worth, Universal Pictures International acknowledged they screwed up, apologized, and delayed the release of Promising Young Woman in those countries until Cox's role is redubbed by women. "We are deeply grateful to Laverne and the transgender community for opening our eyes to a bias that neither we nor many in our industry had recognized," a spokesperson told The Guardian in a statement. "While there was no malicious intent behind this mistake, we are working diligently to fix it. We are sorry for the pain caused but are thankful that we can address the situation on this film and prevent similar mistakes from happening again on future projects."

But Italian cinema, in particular, has a lot of work to do to correct the bias baked into its dubbing industry. Most blatantly, voice actors there are super white and cis. "We’ve never had Black voice actors — not because we didn’t want them, but because there aren’t any who have specialized in voice acting," Daniele Giuliani, president of Associazione Nazionale Attori Doppiatori (ANAD), Italy's dubbing organization, told The Guardian.

Schisano commended the suits behind Promising Young Woman's international rollout for their candor and quick pivot, however. "Changing one’s mind can be a smart approach," she said. "We can all make mistakes, but those who are smart apologize, take a step back and try to fix it."