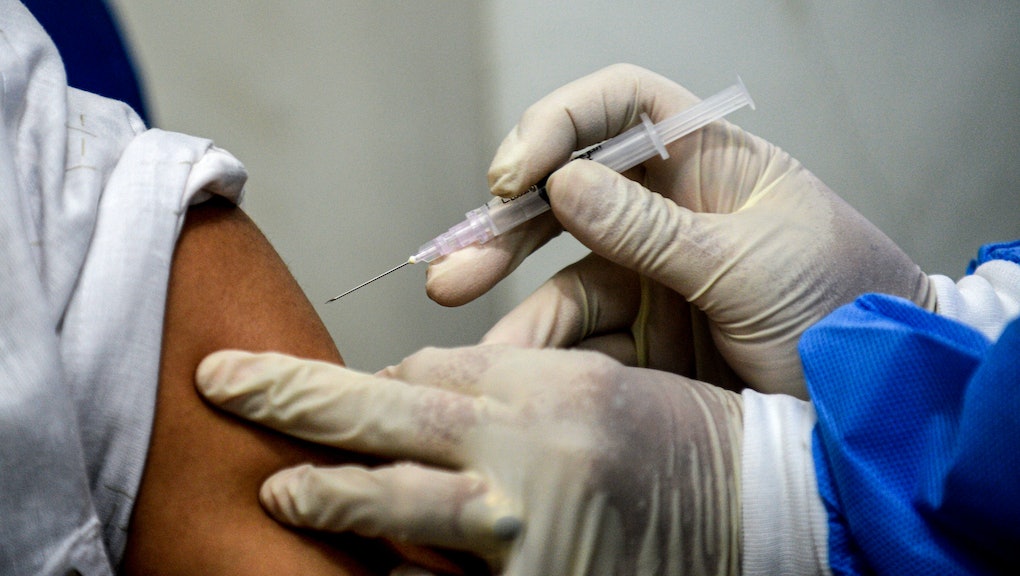 A new bill in Washington, D.C., may let 11-year-olds consent to vaccinations

Over the past decade, the anti-vaccination movement has gained popularity in the United States. In 2019, the U.S. almost lost its measles elimination status, which the country claimed in 2000. But sometimes, kids who are being denied vacations may not feel the same way as their anti-vaxxer parents. Now, there's a new bill in Washington, D.C., that, if passed, would let kids consent to their own vaccinations.

On Tuesday, the D.C. Council passed the "Minor Consent for Vaccinations Amendment Act" in a 12-to-1 vote. Introduced by council member Mary Cheh in March 2019, the bill would allow kids as young as 11 decide if they want to be vaccinated. Under the bill, doctors would make sure that each kid is "capable of meeting the informed consent standard." To assist in this, the Department of Health would provide age-appropriate information about vaccines.

This bill only applies to vaccinations recommended by the United States Advisory Committee on Immunization Practices, like those against HPV; a vaccine can only be given if it's done in accordance with the ACIP's recommended schedule. Health care providers would need to bill insurers directly and vaccination records would need to be sent directly to the kid's school "if the parent is utilizing a religious exemption."

Vaccination rates for students in D.C. have fallen over the past five years, Anjali Talwalker, a D.C. health department official, told The Washington Post. But Trayvon White Sr., the only council member to oppose the bill, argued that 11 is too young to let kids make these kinds of medical decisions.

"Parents have a fundamental right to direct the upbringing, education, and care of their children," White said. The Post reported that he then went on to claim that vaccines are a risk to children's health, and that "medical professionals and schools should not be permitted to coerce impressionable minors into procedures capable of causing injury or death behind their parents' back."

Notably, while making his arguments White cited the National Vaccine Injury Compensation Program, which has been used by conspiracy theorists to peddle vaccinations as dangerous. But White's position about coercion is interesting given that anti-vaxxer movements have historically targeted already vulnerable communities to push their agendas, as seen amongst the Somali community in Minnesota.

There have been past cases of kids whose parents said no to vaccinations speaking out against their parents' positions. Last year, Ohio teen Ethan Lindenberger went before Congress to testify about why he vaccinated himself against his mom's wishes, telling committee members, "For my mother, her love and affection and care as a parent was used to push an agenda to create a false distress. And these sources, which spread misinformation, should be the primary concern of the American people."

Some states give teenagers vaccination rights already, but D.C.'s bill is unique in having a much lower age limit. The bill isn't law just yet, though. It has to go through the council a second time and then be signed by Mayor Muriel Bowser (D) to go into effect.

More like this
COVID vaccine holdouts have a message to lawmakers: Show me the money
By Rafi Schwartz
The CDC just announced the mask era is coming to an end (sort of)
By Rafi Schwartz
FEMA said it would reimburse cities for housing homeless people. Most cities ignored the offer
By AJ Dellinger
Stay up to date