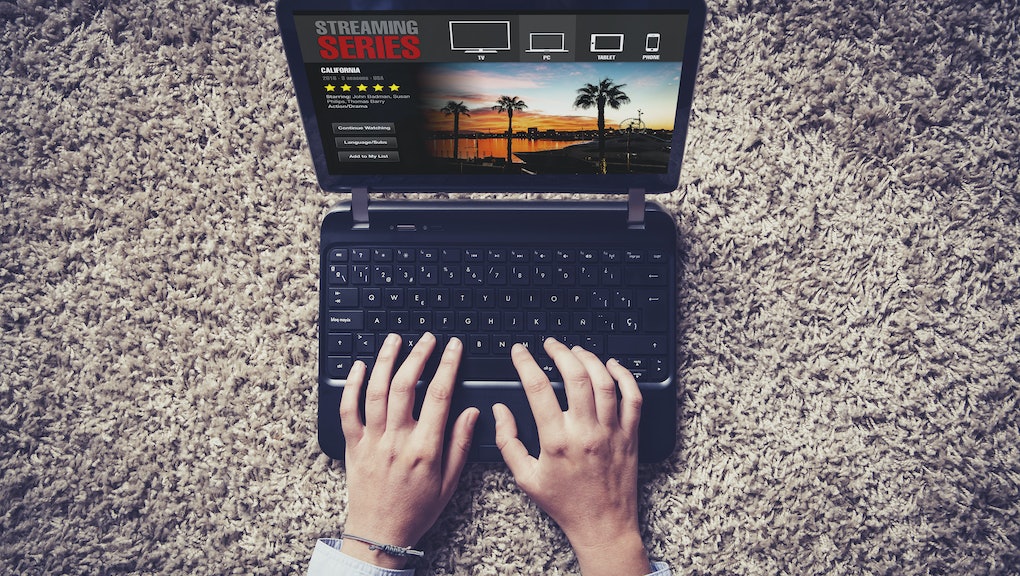 A viral petition demanding free Netflix has gained the support of over 60,000 bored Americans

A petition demanding free streaming entertainment during the coronavirus pandemic gained major traction this week. As of Thursday morning, more than 60,000 people had signed Philip Kolas’s appeal to companies like Amazon, Hulu, Disney, and Apple to waive membership fees and, theoretically, help keep people inside for the next couple months.

In the petition description, Kolas noted social-distancing is critical to stem the spread of COVID-19. “While this is a heroic and necessary challenge, it also runs the risk of boredom and isolation, which can lead to depression, among other factors,” he wrote.

“Many people are turning to their streaming services to alleviate their monotony. The problem with this is that many people cannot afford these membership fees, especially in a time like now when many people's economic livelihood is already strained,” Kolas added.

While tens of thousands of people evidently think the dude has a point, lots of critics have given Kolas a piece of their mind in the petition comments. “This is the dumbest petition I’ve ever seen, there is more to do in life then [sic] watch TV. These companies are businesses, not charities,” Ella Harrison wrote.

“No way! Even if this gets a million signatures, nothing will happen. And Netflix does not cure depression. The people who are lame enough to want this are the ones who already have the services, and everyone else can READ A BOOK,” Josh Kirkfield commented.

Most streaming services already offer free trials for new subscribers, meaning Netflix, Hulu and their ilk are already pretty accessible to anyone with an internet connection. But that’s the real inequity that ought to be addressed: lots of people can’t get online in the first place.

The FCC says 21 million Americans don’t have access to high-speed internet, but one of its top officials told Axios the real number is far higher. A study by Microsoft last year found that 162 million Americans — nearly half the US population — lack broadband internet. With coronavirus radically accelerating humanity’s move towards a mostly-online world, that inequity could hinder the economy and people’s livelihoods in a major way.

Streaming services haven’t been hurting the way other businesses in the entertainment sector have. Movie theaters may never bounce back. Live concerts may not be in the cards till 2021. Conversely, Netflix reported its best Q1 ever, picking up a record 16 million subscribers in the first few months of 2020. That blew pre-pandemic estimates out of the water; Netflix previously told investors it expected to gain 7 million subscribers in Q1. With most people stuck at home, sure enough, they gravitated to Netflix.

Netflix could probably afford to cow to Kolas’s petition’s demands. Maybe the company could even spin “free Netflix” into some sort of good-will marketing campaign. But at the end of the day, they’re a business, not a charity. And the last time we checked, streaming entertainment wasn’t a utility or essential service. There’s little incentive for Netflix to undercut their bottom line, especially when they’re locked in a race with Disney, HBO and the like to dominate the streaming landscape.

The petition for free streaming entertainment feels icky, when you get right down to it, because it’s toeing the line between charity and entitlement. It’s leveraging a tool for public dissent to advocate for handouts, and not even a particularly essential one. Things feel especially chaotic in America right now; lots of people do need assistance from the government, and yet a petition for free TV seems more likely to get the attention of politicians right now than millions of unpaid unemployment claims. Yikes.

More like this
10 sports documentaries to get you fired up ahead of the Olympics
By Emma Sarran Webster
Spotify has a new kind of Wrapped playlist that LGBTQ+ people will love
By Kyle Turner
Harry Styles, king of gender neutral style, is working on a line of cosmetics
By Kara Weisenstein
Stay up to date