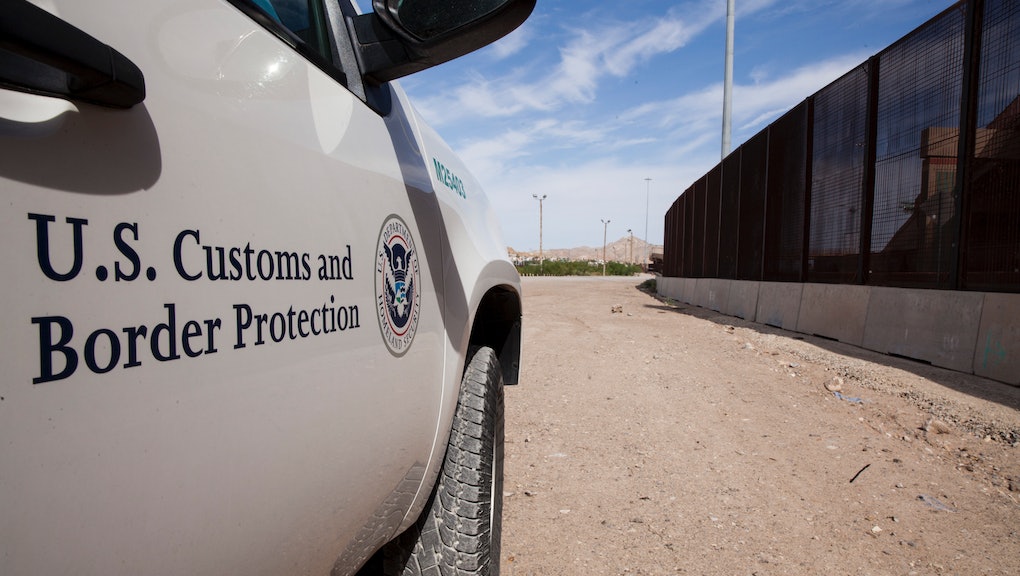 In February, a Guatemalan woman seeking to immigrate to the United States was forced to give birth standing up while in custody of U.S. Customs and Border Protection agents at the Chula Vista Border Patrol Station in San Diego, California. She gripped a trash can for support. She was still wearing her pants. On Wednesday, the American Civil Liberties Union of San Diego and Jewish Family Services of San Diego filed an administrative complaint on behalf of the woman, whom they referred to as “Ana” to protect her privacy. The complaint was submitted to the Department of Homeland Security (DHS) and states that the “mistreatment” of Ana and “harsh conditions” of her birth placed both her and her baby at unnecessary risk.

“Her husband heard the baby’s cries and, desperate to ensure the safety of his newborn child, lowered his wife’s pants and reached for the baby’s head, which was protruding out of her body,” the letter to the DHS Office of Inspector General reads. “A Border Patrol agent and multiple medical staff also reached for the baby, some without gloves, and the baby was born.”

A press release detailing the joint letter between the ACLU and JFS claims that CBP and U.S. Border Patrol agents “routinely and irresponsibly” detain pregnant people who are attempting to immigrate, putting their health in danger by denying them access to medical care.

DHS has a different interpretation. The agency refers to the birth as an “incident” and says that Ana initially did not appear to be in pain and was provided a medical check upon arrival at the Border Patrol station. The DHS press release also says that agents “prepared an area” for Ana to give birth, and that “this woman and her child were well cared for and received immediate medical attention.” Mic reached out to the Department of Homeland Security for comment but did not receive an immediate response.

In Ana’s case, she and her husband, along with their two other daughters, aged 2 and 12, were seeking asylum in the U.S. after fleeing threat of violence in their home country of Guatemala. After being detained by CBP agents, the ACLU complaint reads, the family was taken to a local station, where Ana began to feel sharp stomach pains. It became clear that she was going into labor, but CBP agents told her to remain seated, per the complaint. After being forced to give birth in front of 20 other individuals, most of them men, Ana was transported to a local hospital, where, even after days of travel and having given birth, she was not allowed to shower, per the ACLU document. She faced further harassment from CBP agents after being discharged from the hospital, according to the ACLU letter, as agents accused her of attempting to immigrate to the U.S. solely in order to give birth.

“Nobody should be treated this way.”

Only later, when Ana and her family were released and taken to the JFS Migrant Family Shelter in San Diego, was she given the opportunity to shower and change into a clean set of clothing, per the document.

In addition to the joint complaint between the ACLU and JFS, Democratic Sen. Richard Blumenthal (Conn.) authored a letter to DHS urging them to open an investigation into Ana’s birth experience. “Nobody should be treated this way,” Blumenthal wrote. “But sadly, this woman is not the only one to have experienced inexcusable treatment at CBP’s hands.” The letter is signed by 12 other Democratic senators.

Ana’s story is just one of many women who were forced to flee from their homes due to violence while pregnant. There have been several other stories of women who, upon arriving at the U.S.-Mexico border pregnant and in need of medical attention, were forced to endure the complex medical circumstances of pregnancy and birth without support. Last year, BuzzFeed News reported the story of a woman who had come to the U.S. seeking asylum and suffered a miscarriage while in a detention cell in San Luis, Arizona.

The Trump administration has been vocal about their anti-immigrant agenda, reversing many of the standards of treatment of immigrants set in place by the Obama administration, including an instruction to DHS not to detain pregnant women. Current Immigrations and Customs Enforcement policy states that women are not supposed to be detained while in their third trimester and are entitled to birth care.

Just last week, the Trump administration directed Border Patrol agents to turn away those who are seeking asylum essentially immediately, reversing a long-standing order that has protected people fleeing their homes because of violence. Under international human rights law, such a policy is illegal.

More like this
Vaccines are good. Threatening to evict someone over them is not
By Rafi Schwartz
It appears once again that the Democrats are willing to tank their whole agenda because of "rules"
By Rafi Schwartz
I never want Tucker Carlson to stop talking about Nicki Minaj's cousin's friend's enormous balls
By Rafi Schwartz
Stay up to date