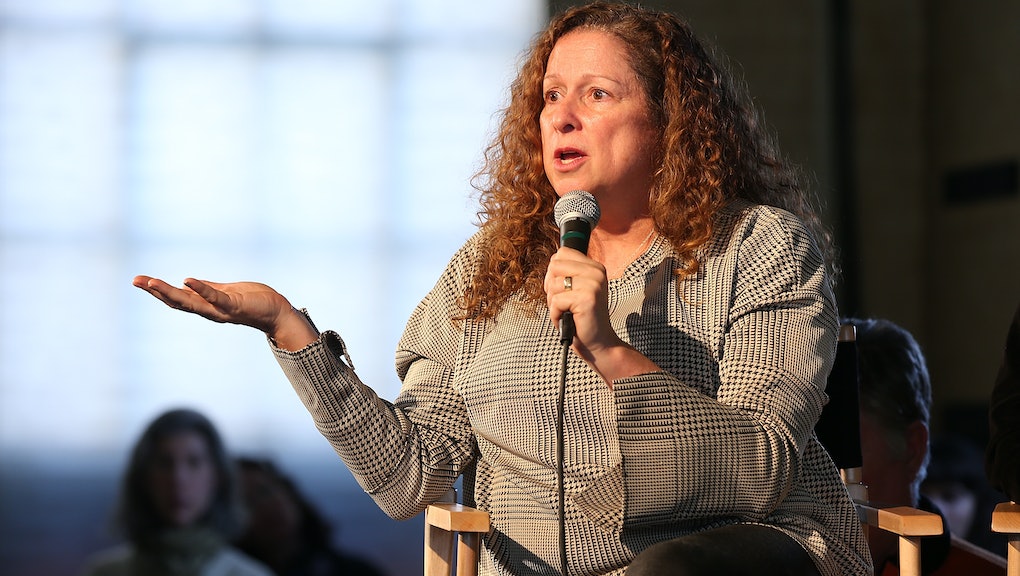 Abigail Disney is the granddaughter of Walt Disney Co. co-founder Roy Disney, but she’s made a name for herself as an outspoken critic of the entertainment behemoth — as well as ultra-rich individuals like herself. She’s long argued that the wealthiest people in America have a moral duty to contribute more to society to help end systemic poverty. But in light of the coronavirus pandemic, Disney is one of a growing group of rich folks calling on the government to tax millionaires to pay for COVID-19 relief.

A group of 83 millionaires published an open letter on Monday asking the government to raise their taxes to aid the economic damage wrought by coronavirus. Abigail Disney and fellow heir Tim Disney, Ben & Jerry's co-founder Jerry Greenfield, and Love, Actually director Richard Curtis were among the signatories. The 59-year-old Disney heiress is a film producer by trade, but she inherited a $120 million fortune from her father. She told The Cut in 2019 that she could be a billionaire if she wanted to be but has donated a literal fortune — $70 million — to charity in the last 30 years.

In a CNBC interview on Thursday, host Andrew Ross Sorkin asked Abigail Disney what sort of response the initiative has gotten from other millionaires and billionaires. “We’re getting less resistance than we’ve gotten in the past,” she replied. Sorkin pressed her to explain why taking everyone above a certain tax bracket was needed, as opposed to philanthropists contributing where they see fit. “If the world is terribly polluted, I’m not going to fix it by going in front of my house and picking up all the trash off the sidewalk. That’s not the problem. The problem is systemic. We need to make this a fair system that doesn’t so much favor the wealthy,” Disney reasoned.

In the same interview, the heiress criticized Walt Disney Co.’s decision to re-open its Florida theme parks, despite the surge of coronavirus cases there. “I’m confused about how they think they can possibly protect their guests and their employees,” Abigail Disney told CNBC, adding that re-opening puts park employees in an especially vulnerable position. “I certainly know people who work there who are very uncomfortable, who have conditions like asthma and diabetes that put you at high risk, who are literally deciding whether they want to go back to work or buy food,” she said.

Abigail Disney last lampooned The Mouse in April, when Disney furloughed half its employees, 100,000 workers, while preserving lucrative multi-million dollar bonus schemes for its top executives. The heiress didn’t mince words when she launched into an enraged rant on Twitter. “WHAT THE ACTUAL F***?????” she tweeted at the time.