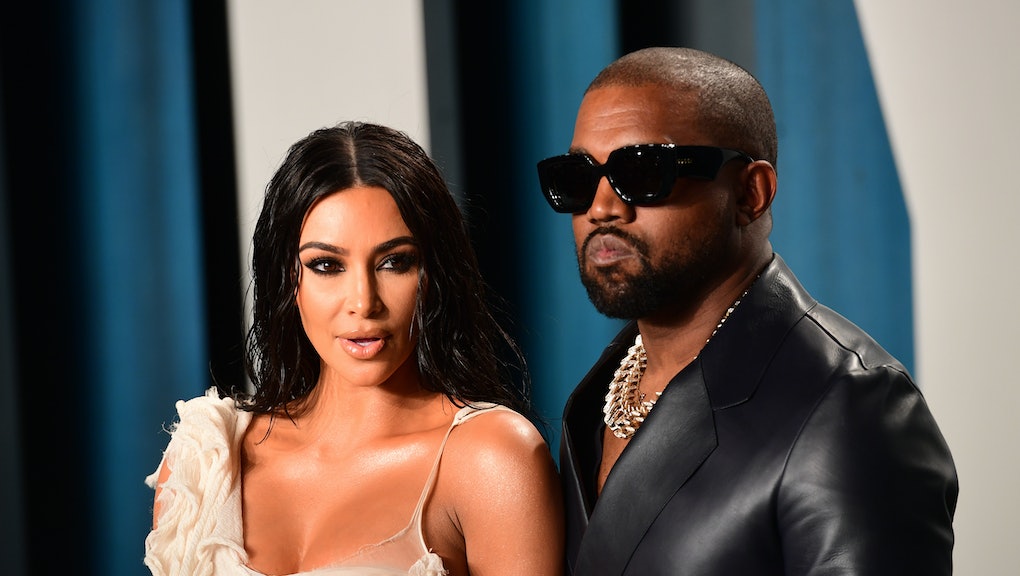 The Kardashians have been caught lying about their wealth again

They say money can’t buy happiness. But most people would be pretty stoked to be as wealthy as the Kardashian-West clan. Imagine riding one of your 14 gorgeous Friesian horses through the 10,000 acres of literal mountains and canyons you own in Wyoming, then catching a ride on a chopper that meets you at one of your two heated helicopter pads and whisks you to your monastic mansion in California, where you scrub the proletariat filth from your manicured hands in a gravity-defying sink. Kim Kardashian and Kanye West: They’re not just like us.

Envy is the machine that drives the Kardashian-West industrial complex. They traffic in fantasy: Kim sells waist trainers that promise to give wearers a Kardashian booty and an itty-bitty waist. Kanye is a self-proclaimed messiah-slash-futurist, with his own musical congregation and a sector of his Wyoming ranch where he’s prototyping subterranean dome-shaped houses.

What’s interesting, however, is that the green-eyed monster looks both ways: If you pay attention, you’ll notice the Kardashians (Kanye included) aren’t satisfied being some of the most influential and wealthy public figures in the world. They’re jealous of the even-stinking-richer and absolutely obsessed with becoming billionaires.

On Monday, beauty giant Coty announced it’d acquired a 20% stake in Kim’s cosmetics company KKW Beauty for $200 million, putting the value of Kim’s company at $1 billion. The same day, Kanye posted a photo of some tastefully arranged flowers and vegetables to congratulate his wife on “officially becoming a billionaire.” Forbes threw cold water on Kanye’s claim, however, and estimated Kardashian is worth just $900 million, meaning she’s not “part of the six-comma club yet.”

The Kardashians have a dicey track record of inflating their wealth like this, and it’s not the first time Forbes has called them on it. The influential money magazine alleged it was misled by Kim’s younger half-sister, Kylie Jenner, when it named her the youngest self-made billionaire in the world in early 2019. Forbes said they were given “tax returns that were likely forged” and added that “Kylie’s business is significantly smaller, and less profitable, than the family has spent years leading the cosmetics industry and media outlets, including Forbes, to believe.” The mag estimated Jenner, 22, was worth more like $900 million, like her sister Kim. Jenner clapped back by saying Forbes based its story on “a number of inaccurate statements and unproven assumptions.”

Kanye had his own strange dust-up with Forbes, before the magazine officially dubbed him a billionaire in April 2020. West graced its cover last summer, alongside a feature celebrating the incredible success of the Yeezy brand. But the world-famous rapper fixated on one detail: The magazine refused to label him a billionaire, because he couldn't show them the receipts. There wasn’t significant documentation detailing West’s stake in Yeezy (Adidas manufactures the shoes), and Forbes wasn’t comfortable going to print on Ye’s word and industry guesstimates. So they didn’t call him a billionaire, and the lack of status recognition nagged at Kanye — enough that he spent the next 10 months publicly and privately complaining about the snub, according to Forbes. This spring, he finally divulged financial records to the mag, proving he does deserve the title.

Quibbling about whether you’re worth $900 million or $1 billion is laughably out of touch, of course. But the Kardashians have never been great at reading the room. It’s why Kim thought posting about her daughter North West’s herd of glossy show ponies earlier this week was a good idea, at a moment when regular people are facing mass unemployment and a global pandemic. What’s pretty tragic, though, is that the Kardashian-West clan is presumably hoarding their wealth in pursuit of clout, when a fraction of their fortune could make a real difference in the world.