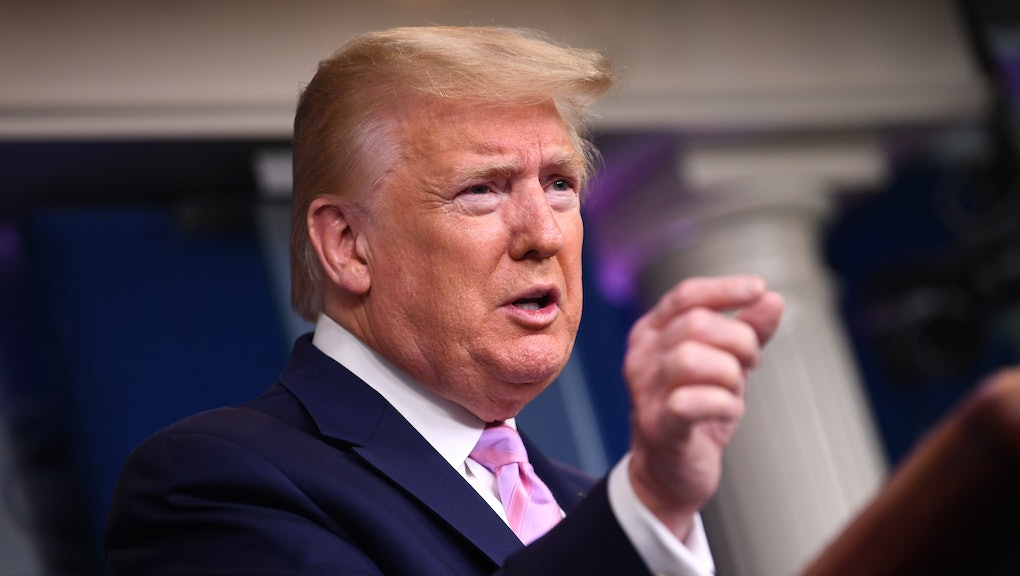 All 50 states have declared a disaster due to coronavirus, and Trump seems weirdly proud

Thanks to the coronavirus pandemic, history has been made. For the first time ever, all 50 states are under a disaster declaration. It's not necessarily the type of history anyone should aim for or celebrate, but President Trump appears to feel differently.

On March 20, Trump approved the first state disaster declaration in New York, with Washington and California's coming two days later. Each of these states were early epicenters for the coronavirus. As the pandemic spread, Trump continued approving emergency declarations through the Federal Emergency Management Agency.

The last state — Wyoming — had its declaration approved over the weekend. Notably, that's the same day the United States passed Italy for the most recorded coronavirus deaths. Now, the U.S. death toll is over 22,000, with states like California and Pennsylvania not quite yet at their peak of the outbreak.

Per The Hill, these declarations are meant to make more federal funding available to states so they can fight the pandemic. They're not really something to celebrate. But Trump seemed weirdly proud of the fact on Twitter, writing, "For the first time in history there is a fully signed Presidential Disaster Declaration for all 50 states. We are winning, and we will win, the war on the Invisible Enemy!"

It's hard to not wonder where the U.S. would be, however, if the federal government's first response wasn't a total mess. With records showing that the Trump administration basically ignored the pandemic for two months, officials from six states saying FEMA intercepted their coronavirus supply orders, and the federal government preparing to cut funding for coronavirus testing, it's hard to see how emergency declarations in every state translates to a win.

The coronavirus pandemic is impacting people outside of deaths, too. Just take a look at the economy. In late March, economists predicted unemployment would skyrocket, but "skyrocket" may have been an understatement: On April 9, NPR reported that 17 million people had filed for unemployment in three weeks.

In addition to all 50 states, The Hill reported almost every single U.S. territory has had their major disaster declarations approved. That includes the U.S. Virgin islands, the Northern Mariana Islands, Washington, D.C., Guam, and Puerto Rico. The only territory without an officially declared emergency is American Samoa.